Community elders say about 200,000 people in Khawazakhela to lose access to their land because of the construction of the army base. 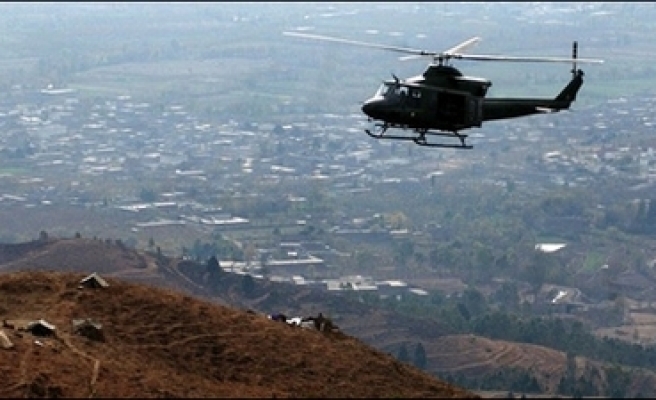 Pakistani farmer Wazir Jamal was so upset about being forced off his patch of land to make way for an army base in the Swat Valley that he killed himself, family and friends say.

The army pushed Pakistani Taliban militants out of the scenic northwestern valley with a big offensive in 2009.

But in securing Swat with new checkpoints and bases, the army took over some land, fuelling resentment among people who were happy to see soldiers chase the Taliban away but now wonder about the cost.

The 53-year-old Jamal, distraught at the thought of losing the means to support his wife and children, became overwhelmed by despair and shot himself, relatives say.

"We're not against the army but please don't rob us of our lives," said Kaleem Ullah, Jamal's 16-year-old son. "The army has driven away the Taliban so why do they need to stay?"

With its meadows, trout streams and forest-clad Himalayan foothills, Swat, 120 km (80 miles) northwest of the capital, Islamabad, was once a paradise for family holidaymakers, honeymooners and backpackers.

The valley even had Pakistan's only ski resort.

But that all changed when Pakistani Taliban militants infiltrated from the Afghan border and overran the 5,000 sq km (2,000 sq mile) valley in 2007.

The army mounted an initial operation before authorities struck a pact which the group took advantage of to expand their sway.

Eventually, the army mounted a successful offensive but even after that, the valley was not safe.

Malala Yousafzai, the schoolgirl campaigner for girls' education was shot and seriously wounded by Taliban gunmen on her way home from her Swat school in October 2012.

Now the government is determined once and for all to secure Swat. Prime Minister Nawaz Sharif recently approved construction of a military complex, known as a cantonment, covering 15 hectares (38 acres) in Swat's Khawazakhela area.

The army fears that the end of more than a decade of U.S. military involvement in nearby Afghanistan will galvanise militants and inspire them to try to seize back Swat.

"The Taliban have been dislocated but have they been eliminated? It's a big question," said a senior military official who was based in Swat until 2012.

"Targeted killings and the murder of pro-government people continue," said the official, who declined to be identified.

But in securing the valley, the army might be sowing discontent that could feed support for the militants they are trying to keep away.

Community elders say Jamal was one of about 200,000 people in Khawazakhela to lose access to their land because of the construction of the army base.

Much of it is being built on what was for generations a patch-work of orchards.

"We've been waiting for them to leave but now they're building a permanent cantonment. This is an occupying army."

Much land is fenced off and soldiers lurk at orchard gates. Residents say they need permission to visit their land, tend their trees and harvest their fruit. Soldiers often refuse to let them in, villagers say.

Villagers also complain that the compensation they get is far below the market price.

Shah pointed to a piece of muddy ground where a crane sat next to big metal containers that formed a boundary wall. About 20 soldiers stood guard.

"That was my orchard," he said.

Nadar Shah's uncle, Shah Husain, owned one of the biggest apple orchards in the area but the army took it over in 2008 with a promise of $50,000, Husain said. Waving documents in the air, he said he had only got $1,000.

"If this goes on, these dying orchards will become the breeding ground for more Taliban," Husain said.

"People have been, and will be, compensated for every tree, every well and every building acquired for the base," Hussain said. "No one is occupying them."

The army declined to comment but one senior officer denied that the army was grabbing land, saying all the land it used had been allotted by the civilian administration.

"The army only builds on the land once it is allotted to us by the district commissioner's office," he said. "This is how it is everywhere, including Swat."

Looming over Swat is the threat of local boy Mullah Fazlullah, who heads the Pakistani Taliban. It was Fazlullah who organised fighters to take the valley over in 2007. He is now based over the border in Afghanistan where he plots his fight against Pakistan, and, many fear, his return to Swat.

"He has to be kept away. We need this base."