A political crisis in Pakistan means many are watching out for the army's reaction but the army itself is denying any involvement. 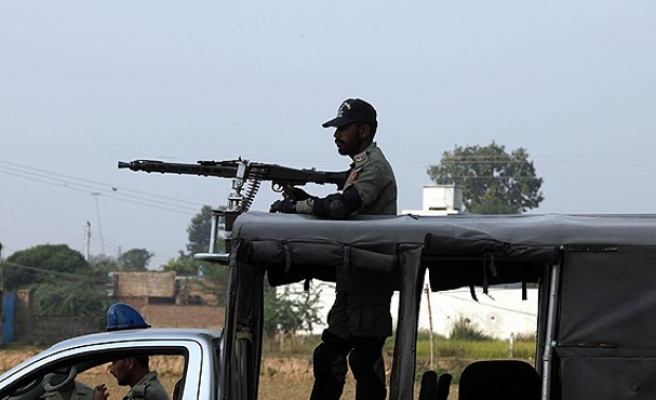 Pakistan's political crisis continued to deepen on Monday and Pakistan's army had to deny it has had a hand in the escalation.

Anti-government protests, which began on August 14, had mostly been peaceful until the weekend but have since devolved into a series of clashes between protesters and police. On Monday alone, the protesters raided government buildings and occupied the offices of state television channel PTV.

The army was present throughout but it did little to stop the violence, despite a constitutional obligation to protect state property. That increased suspicions about the role it was playing in the increased tensions; the army had already publicly pressured the government and demonstrators to end the crisis and had been actively mediating between the sides.

“Not to use force against those who are storming the state buildings and attacking police, what does that mean?” said Talat Hussein, an Islamabad-based political analyst. “It means the state should surrender to the mobs.”

When cricketer turned politician Imran Khan announced his "long march" from northeastern city Lahore to Islamabad, with the demand that Prime Minister Nawaz Sharif resign, some analysts suggested that he must have had powerful backing; possibly the army. His ally, preacher Tahir-ul-Qadri, has often praised the army; after the occupation of the PTV offices, he told supporters the army is “defending our country. They are our protectors. You have to follow their directives.”

After two hours holed up in the building, the protesters left soon after an army officer announced on a megaphone: "You have come to a wrong place."

Pakistan's army is no stranger to governance -- it has ruled Pakistan for a total of 30 years since its independence in 1947. Some believe that Sharif has irked the military by being more assertive on issues related to India, Afghanistan and the United Sates; areas conventionally considered part of the army's purview.

“It will be unjust to ignore the traditional strained relations between Prime Minister Nawaz Sharif and the army, keeping the current situation in view,” said Hussein, referring to the ouster of Sharif’s elected government in 1999, by former army chief General Pervez Musharraf.

Hussein added that treason charges brought against Musharraf for imposing a state of emergency in 2007 may have increased the army's dissatisfaction with Sharif.

Another potential point of concern, according to columnist Javed Chaudry, were tri-lateral talks held between Sharif and the presidents of Afghanistan and Turkey, in Ankara last year.

“In the presence of [former Turkish] President Abdullah Gul, [Afghan] President Hamid Karzai used harsh and inciting language against role of Pakistan and its intelligence agencies in Afghanistan but Nawaz Sharif remained completely silent on that,” Chaudry said.

He said both the then army chief and intelligence chief were present and the latter, who had expected Sharif intervene, interrupted Karzai and responded to his allegations. “It was President Gul who intervened to stem the tense atmosphere between Pakistan and Afghan delegations,” Chaudry said, adding the incident was beginning of the rift between Sharif and the army.

The gap widened, he said, when private television channel Geo TV blamed the intelligence services, known as ISI, for the shooting of their senior journalist Hamid Mir in April.

“The army thinks that the government did not defend the ISI, rather, it stood alongside the TV channel,” Chaudry said.

Despite the army's relations with Sharif and more public role in the conflict, most still believe that it will not directly intervene. Both the media and judiciary are more independent than they have been in the past and have already fought to protect Pakistan’s constitution. The army itself is considered unlikely to use any unconstitutional means to oust the prime minister.

When Sharif has spoken out on the crisis, he has been firm and confident. After parliament unanimously passed a resolution urging him not to resign last week, he said: “I will never compromise on the mandate given by the people of Pakistan to me.”