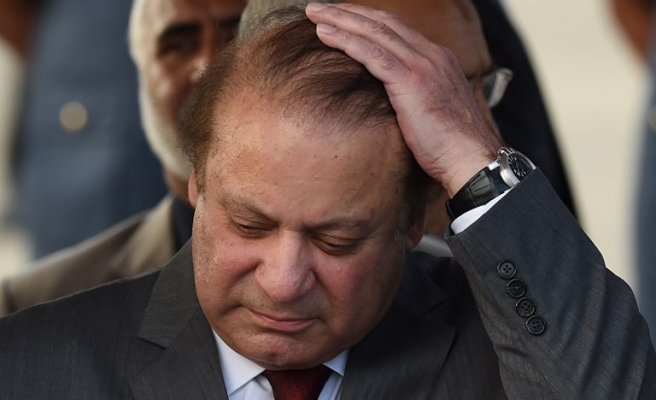 Sharif is presently in London, where his wife Kulsoom Nawaz is being treated for cancer, pleaded not guilty through his representative who was present in the court. The same court also indicted Sharif's daughter, Maryam Nawaz, and her husband Muhammad Safdar on Thursday in two separate corruption cases.

The former premier and his family have already rejected the allegations and told the court that “all corruption charges are based on lies".

Supreme Court of Pakistan ousted the former premier from the office on July 28 in Panama Papers case. The court found that Sharif had acted in an untrustworthy manner by failing to declare a salary from his son’s Dubai-based company ahead of the 2013 election.

Sharif's children -- Hassan and Hussain -- are in London, and have already been declared absconder for skipping the proceedings. Their party leaders said that they would not appear before the court to face the graft cases.

According to evidence submitted by the National Accountability Bureau, Sharif's have four posh London apartments, two steel mills in Saudi Arabia and several offshore companies in the United Kingdom.

The April 2016 Panama Papers revealed that three of Sharif’s children owned offshore assets not shown on his family's wealth statement, including luxury apartments in London.