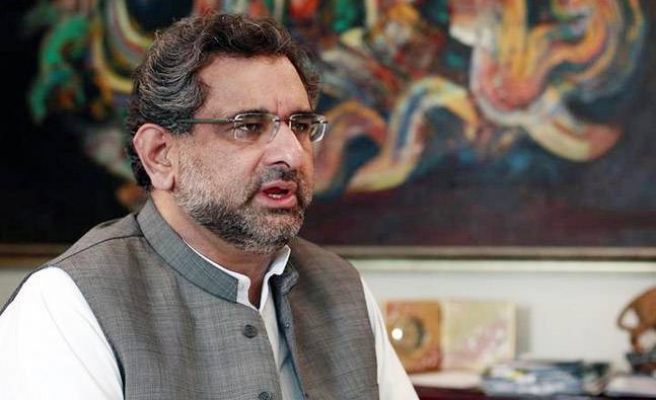 The law minister, Zahid Hamid, was under immense pressure after the religious and polical parties held him responsible for an election clause related to the finality of the Prophet Mohammad -- which was restored earlier this month amid nationwide protests.

"I have resigned voluntarily to pull the country out of crisis," he was quoted as saying by local media.

Footage aired on local Geo TV showed protesters packing up and preparing to leave the venue after the three-week sit-in. However, the protest leaders are expected to formally announce the end of the siege at a press conference soon.

According to the agreement, Geo TV reported, the government will make a report to a Senate committee in a month to expose and act against the controversial amendment. Also, an investigation committee will be formed to look into the circumstances that led to violence, loss of lives and property.

Hundreds of protesters arrested from Islamabad and rest of the country, will also be released.

The protest leaders, according to the agreement, will not issue any religious decree against the law minister.

Last month, a “clerical error” in an unrelated bill modified the voter's clause.

Under the restored clause, voters registering for general elections have to declare that they believe Mohammad was the final prophet, or their names will be put on a separate list for Ahmedis/Qadianis -- a minority sect parliament declared non-Muslim in 1974

But, the infuriated protesters who have been occupying a main entrance to Islamabad since early November, rejected the government’s clarification, and refused to end their sit-in until the law minister resigned.

The development came after the embattled Pakistan government Sunday assigned paramilitary rangers to “handle” the protesters after the country’s powerful army chief advised the government not to deploy the army against the protesters, according to the Interior Ministry.

The ministry, through a notification, appointed Maj. Gen. Azhar Naveed Hayat, head of the rangers in the northeastern Punjab province on Sunday night to lead the operation to “handle” and “clear” the sit-in, which had virtually cut off the capital from the rest of the country since early November.

Quoting unnamed government officials, local Dunya TV reported that the rangers head was assigned the task to “negotiate” with the protesters, and clear the sit-in organized by Tehrik Labbaik Ya Rasoolallah (Movement to serve Prophet of Allah) -- a newly formed group which represents the Sunni-Barelvi school of thought.
Last Mod: 27 Kasım 2017, 12:24
Add Comment