They expressed their deep grief and sorrow over the killing of innocent people in attacks, and offered their condolence to the families of the deceased. 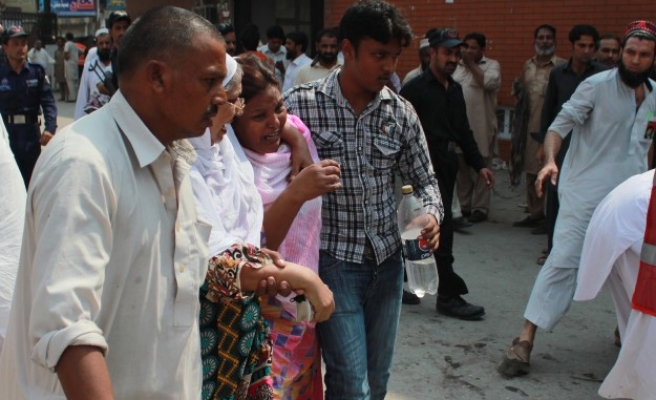 Pakistan’s influential Muslim religious scholars, including Grand Mufti Rafi Usmani, on Monday made a passionate appeal to the warring Taliban and the government to observe an immediate ceasefire.

"We appeal to the government of Pakistan and the Taliban in the name of Allah and His noble Prophet Muhammad (peace be upon him) to observe a ceasefire with immediate effect and desist from any armed activity until the proposed peace talks conclude," the scholars said in a joint statement following an emergency meeting in Islamabad.

The appeal came after three successive attacks in the northwestern city of Peshawar, which borders Afghanistan, within one week.

The Taliban had claimed responsibility for a blast targeting a bus carrying government employees in Peshawar on Thursday, killing 20 people.

It said the attack was in retaliation for the alleged killing and torture of Taliban prisoners in Pakistani jails.

However, the militant group denied any involvement in the deadly twin suicide attacks on a Peshawar church on Tuesday, killing over 80 people.

The Taliban also distanced itself from Sunday’s bombing near a police station in the historical Kissa Khuwani Bazaar area which killed 45 people.

The Tehrik-e-Taliban Pakistan (TTP) is an alliance of militant groups that have been battling the Pakistani army in different parts of the northwestern tribal belt for the past decade.

Earlier this month, Pakistan's political and military leadership decided to pursue peace talks with the Taliban in a bid to end the homegrown militancy.

The meeting was attended by Dr. Sher Ali Shah, who is considered the "Ustad" (teacher) of various senior Taliban leaders, including Mullah Omer, the Taliban’s Supreme Leader.

"It is a matter of satisfaction that the government, the army and the Taliban have agreed to end the civil war and bring peace in the country," said the statement.

"However, there are some elements who want to derail the process," it warned.

The statement insisted that negotiation is the only way to steer the country out of war and external conspiracies.

"Undue use of force and bloodshed are not a permanent solution to any problem," the influential scholars contended.

They expressed their deep grief and sorrow over the killing of innocent people in attacks, and offered their condolence to the families of the deceased.

Rahimullah Yusufzai, a Peshawar-based security analyst and expert on Afghan and tribal affairs, sees the development as "very important".

"It will increase burden on the Taliban to come to the table and stop their (militant) activities as the appealers are not ordinary people but they are those who enjoy great respect within the Taliban ranks," he told the Anadolu Agency.

Yusufzai noted that the Taliban had so far not given any positive response to the government’s peace talks offer.

"The government is already ready for peace talks. The Taliban have not shown any interest in this regard," he added.

"But, now they (Taliban) have to show their sincerity because if they do not listen to the appeal of their grand scholars, they will lose support within their own circles," argues the expert.

The scholars belong to the Dubendi school of thought, to which the Taliban adheres.