Foreign Office spokesperson Tasneem Aslam said in a statement that President Hussainleft for Turkey accompanied by Adviser to the Prime Minister on National Security and Foreign Affairs Mr. Sartaj Aziz. 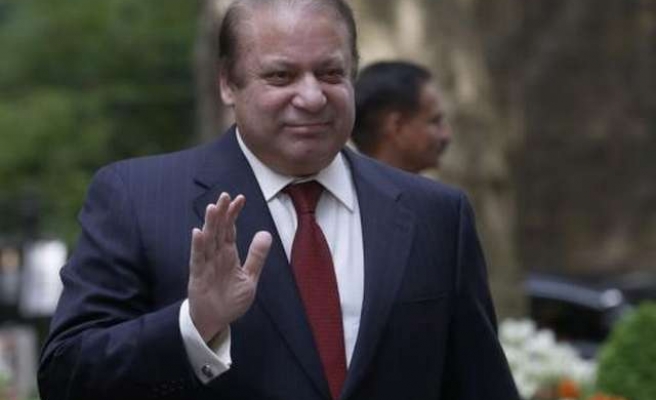 Pakistan's President Mamnoon Hussain went to Turkey for Recep Tayyip Erdogan's inauguration ceremony in place of besieged Prime Minister Nawaz Sharif, who had to cancel his visit due to the situation in Islamabad.

Protesters led by opposition leaders Imran Khan and Tahirul Qadri have been calling on Sharif  to quit for two weeks.

The two leaders earlier demanded the resignation of prime minister, dissolution of the parliament and the election commission, and new elections. Khan, however, later softened his stance, offering Sharif to go on a month-long leave while allegations of electoral fraud in last year's elections are being investigated.

Foreign Office spokesperson Tasneem Aslam said in a statement that President Hussainleft for Turkey accompanied by Adviser to the Prime Minister on National Security and Foreign Affairs Mr. Sartaj Aziz

"Pakistan and Turkey enjoy excellent bilateral relations, marked by cordiality, deep mutual trust and understanding. In recent years, the relationship has transformed into a strategic partnership, with a strong emphasis on economic collaboration," said Aslam.

"The president’s visit will reinforce efforts for closer bilateral cooperation and further strengthen the growing partnership between the two countries," she added.

Police in Pakistan's northeastern region of Punjab have registered a murder case against Prime Minister Nawaz Sharif and other senior government officials on Wednesday, for the deaths of 14 anti-government activists in June.

The supporters of pseudo-religious party Pakistan Awami Tehrik were killed in clashes with police in northeastern city Lahore ahead of the return to Pakistan of their leader Tahir-ul-Qadri, a Canada-based preacher who has been calling for a revolution in Pakistan.

Inspector General for Punjab police Mushtaq Sukhera told reporters that 19 government officials had been named in the case filed on after complaints made by the families of the dead protesters.

“We will face the case against us despite the fact we had nothing to do with police action,” Rafique told reporters in Islamabad.