﻿Pakistani Prime Minister Nawaz Sharif said Pakistan is "disappointed at the cancellation of the foreign secretary-level talks by India." 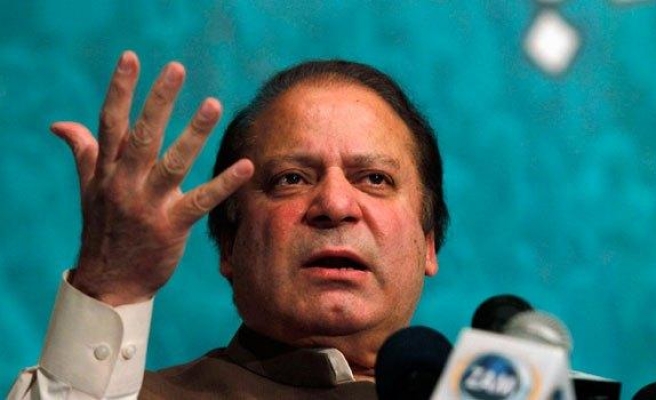 Pakistani Prime Minister Nawaz Sharif criticized India in his address to the U.N. General Assembly in New York on Friday for withdrawing from planned peace talks last month over the disputed region of Kashmir.

Sharif traveled to India's capital, New Delhi, in May for the inauguration of Narendra Modi as the country's prime minister. The visit raised hopes of progress in the six-decade-old dispute, which has resulted in one of the world's most heavily militarized borders.

Those hopes stalled in August when India announced it was withdrawing from the planned peace talks in Pakistan's capital, Islamabad, between the two nuclear-armed neighbors because of plans by Pakistan to consult Kashmiri separatists ahead of the meeting.

"We were disappointed at the cancellation of the foreign secretary-level talks by India," Sharif told the 193 member countries of the General Assembly. "The world community, too, rightly saw it as another missed opportunity."

Sharif has made improving relations with India a political priority despite the apparent reluctance of Pakistan's powerful military and security establishment. Pakistan, he said, wanted to resolve the problem "through negotiations."

Modi, due to address the assembly on Saturday, has accused Pakistan of engaging in a "proxy war or terrorism" in Kashmir. The Himalayan region is claimed by both sides but has been divided since a war between the two countries following their partition in 1947 following the end of British colonial rule.

India says Pakistan supports separatist militants that cross the Line of Control - which divides Kashmir into India- and Pakistan-controlled regions - from the Pakistan side to attack Indian forces. Pakistan says India's military is abusing the human rights of Muslim Kashmiris.