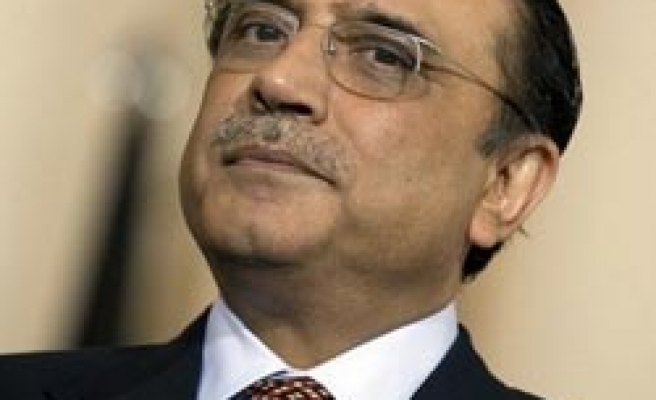 Pakistan President Asif Ali Zardari defended his trips to Britain and France which sparking harsh criticisms during devastating flood crisis, and said it could take his country three years or more to recover from floods that have left millions homeless.

"I see always such organisations and such people taking advantage of this human crisis," Zardari said in an interview published in Britain's Independent newspaper on Tuesday.

About one-third of Pakistan has been affected by three weeks of flooding and more than 4 million people are now without homes, the United Nations said on Thursday, making the critical task of securing greater amounts of aid more urgent.

Zardari, who triggered criticism when he went ahead with visits to meet British and French leaders and when he spent time at a family property in France as the catastrophe unfolded, defended the government's response.

"I have my own reasons for being where I was and at what time" Zardari said.

"This is a long term situation and one has to have the capacity to sustain yourself for three years, or even more, and not exhaust yourself immediately."

"The army has not abandoned its posts along the border, it has probably just taken refuge (from the floods) under the mountains," Zardari said.

"They will be there. The fight goes on on all fronts. If you're fighting for a cause and the fight becomes larger, or bigger, you don't give up".

Zardari, head of the ruling Pakistan People's Party, was quoted as saying he welcomed the $800m raised from international donors, during a time of tough economic conditions.