Having enough to live on in old age is a big source of concern in Singapore, one of the world's most expensive countries 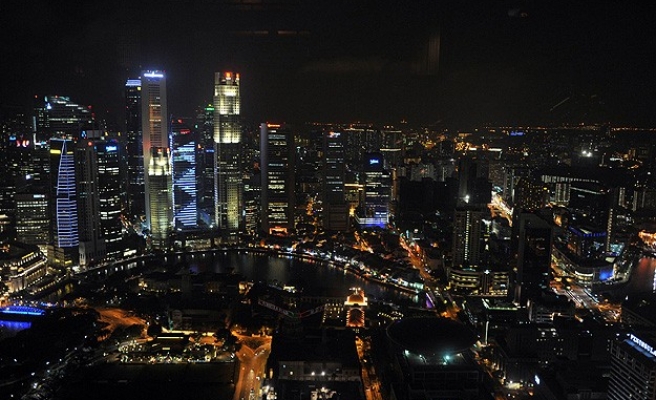 Singapore witnessed one of its biggest protests at the weekend, over the fate of hard-earned pension savings, throwing a spotlight on one of the most sensitive political issues facing the tightly regimented city-state.

Having enough to live on in old age is a big source of concern in Singapore, one of the world's most expensive countries, with the number of people over 65 projected to triple to as many as 900,000 by 2030.

A falling birth rate means there will be a proportionately smaller pool of working age people to support them.

Singapore is seeing growing anger over issues ranging from immigration to rising living costs - all in a country where most media are state-linked, dissent is actively discouraged and political gatherings require a permit regardless of how many people are involved.

Critics of the Central Provident Fund, a mandatory saving system which people and their employers must contribute to while working, say they do not know enough about what happens to money they place in the scheme and that it should be bringing them higher returns.

"In Singapore, we have no transparency and we have no accountability," said author and columnist Leong Sze Hian at the 'Return Our CPF' protest on Saturday which attracted about 2,000 people.

Most funds are invested in risk-free government securities. In the current low-interest rate environment, that means they currently pay the legislated minimum annual rate of 2.5 percent, or 4 percent for funds in an account used solely for retirement.

Many of those protesting argued that the returns were not keeping pace with the rising cost of living, meaning that in real terms they will be left with less money when they retire.

The government says that those kinds of returns are higher than equivalent risk-free investment products available privately, and that higher returns would lead to more risky investment.

"The people want higher guaranteed returns, and if the market cannot give that kind of guaranteed return, then whoever is investing the money has to take more risk," said Benedict Koh, a professor of finance at Singapore Management University

"Then the question is, who is going to bear the losses?"

The debate has also raised further questions for the government about how it deals with online criticism. The issue only became high profile after Prime Minister Lee Hsien Loong sued a blogger for implications of impropriety in connection with the pension funds.

Some commentators said that Lee is risking losing further ground with the votes by taking such a move, regardless of whether a suit is justified or not.

"Singaporeans see the defamation suit itself, and not the act that has entailed it, as the very cause of the erosion of trust," said writer Catherine Lim in an open letter to the Prime Minister.

Lee has not commented publicly on the case, though he did flag in a recent post on his Facebook page that "freedom of speech does not come free from the need to be responsible for what one says, either online or offline."