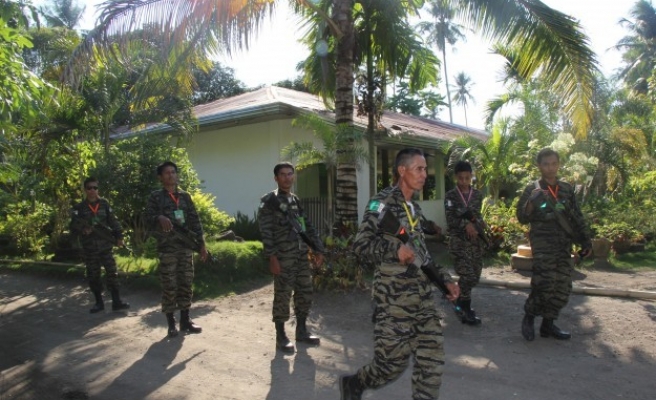 Philippine Air Force helicopters flew to the island province of Basilan in the country’s south Monday to carry out airstrikes on al-Qaeda-linked gunmen, after a clash killed a special forces captain over the weekend.

An air force soldier from the Edwin Andrews Air Base in southern Zamboanga City told the Anadolu Agency on condition of anonymity as he was not authorized to speak to media that two MG-520 attack helicopters were on a mission to provide air support to ground security forces pursuing the Abu Sayyaf band responsible for the officer’s death.

Col. Rolando Joselito Bautista, commander of the army's 104th Brigade based in Basilan, said Capt. Mark Gamboa of the 4th Special Forces Company was killed while several Abu Sayyaf gunmen were reported wounded in a clash that broke out late Saturday in the village of Calagadan in Lantawan town.

Bautista said that following reports from residents on the presence of an armed group believed to be responsible for extortion and kidnapping in Lantawan,

Gamboa led army commandos in a "security operation" when they encountered a band of Abu Sayyaf guerrillas led by Commander Halang Jeck.

Bautista said the firefight lasted for ten minutes after, which the Abu Sayyaf gunmen withdrew toward the hinterland with army reinforcement in pursuit.

Since 1991, the Abu Sayyaf -- armed with mostly improvised explosive devices, mortars and automatic rifles -- has carried out bombings, kidnappings, assassinations and extortions in a self-determined fight for an independent province in the Philippines.