The suspects had been arraigned earlier this year for the murder of 56 people on southern Mindanao island last November. 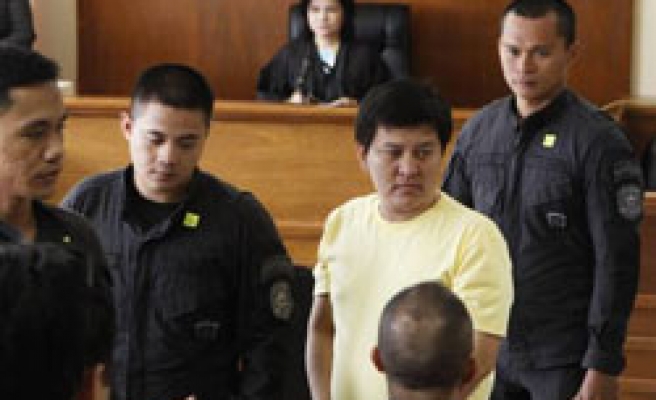 The main suspect in the massacre of 57 people in the southern Philippines, Andal Ampatuan Jr, and 17 of his followers on Wednesday pleaded not guilty to the final murder charge in the case.

The suspects had been arraigned earlier this year for the murder of 56 people on southern Mindanao island last November. The final case, the murder of a television reporter, was filed separately because the body was found after the other victims.

"Not guilty," said Ampatuan, a former town mayor and part of a powerful political clan, told the court inside the Manila police base where he is being detained. He was handcuffed and under heavy guard as he was moved across the police base.

Seventeen police officers and members of a local militia made similar pleas. The court deferred the arraignment of four other police officers who face administrative cases before the national police commission.

Ampatuan's trial has been suspended since February, held up by defence motions including a fresh one seeking to disqualify the judge.

"We're hoping the trial could soon resume after the court disposes all pending motions," Harry Roque, a lawyer for families of some of the massacre victims.

The armed men also killed people who were not in the convoy but had seen the attacks, and then tried to bury the bodies and their vehicles in mass graves. All up, 57 people were killed in the country's worst incident of political violence.

Ampatuan's father, uncle and three brothers have also been charged along with 191 police officers, soldiers and members of militia who were linked to the crime. Only 62 are in custody and 134 others, including 20 Ampatuan clan members, are at large.