The Philippines' national police chief took the blame for the botched bus hijacking rescue attempt last week that killed eight Hong Kong tourists at a Manila park, announcing his decision to retire early from the service. 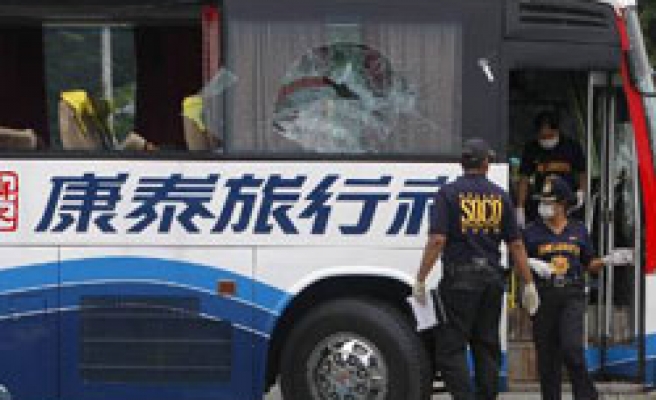 The Philippines' national police chief took the blame for the botched bus hijacking rescue attempt last week that killed eight Hong Kong tourists at a Manila park, announcing his decision to retire early from the service.

"As chief of the national police, I take responsibility and accountability of all Philippine National Police (PNP) units and all police personnel in everything they do or failed to do," Jesus Verzosa said in a statement on Sunday.

Verzosa, who assumed office nearly two years ago, said he has decided to retire from police service this month, three months before mandatory retirement on Dec. 25, when he turns 56.

"It is now time to move forward and start anew. Rest assured that the national police will continue its sworn duty to serve and protect as well as render credible, effective and reliable service to the public," he said. Verzosa's statement came a day after members of the police Special Weapons and Tactics (SWAT) teams that assaulted the bus told an official inquiry they lacked equipment and training during the rescue attempt.

It took them more than an hour to complete the rescue operations because the SWAT teams had no equipment to break into the bus where a sacked police captain was holding 15 Hong Kong tourists for about 12 hours.

"We had difficulty in gaining entry into the bus," Police Officer 3 Edwin Simacon told an inquiry late on Saturday. "We lacked equipment. If you will ask me, perhaps, we could have done better if we had explosives to break the glass windows."

Another police officer said they were not sure the vests they were wearing could stop bullets from a rifle while complaining about the lack of training on dealing with hostage-taking. Some of them had marksmanship training six years ago.

After two days of hearing, the inter-agency panel led by the justice secretary uncovered operational lapses and poor judgment calls made by civilian crisis managers and police commanders.

On Friday, President Benigno Aquino shielded his interior minister from resignation calls made by lawmakers, including his own allies, saying he has control over police forces and was taking responsibility for the death of tourists.