Aquino said that political connections would "no longer be the route to promotion in the nation's coup-prone army". 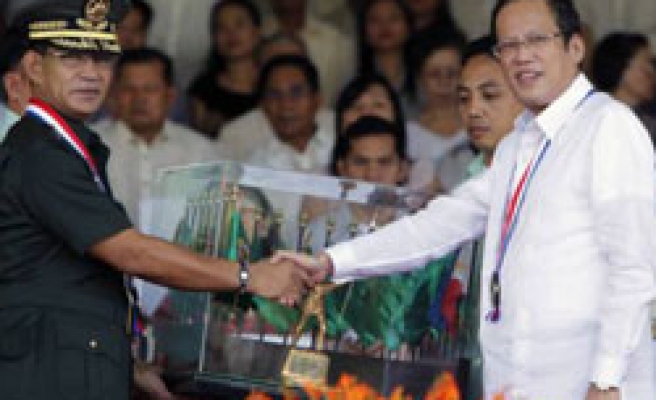 Philippine President Benigno Aquino III said on Friday that political connections would "no longer be the route to promotion in the nation's coup-prone army", as he named a decorated general as the new head of ground forces.

Despite making several top military appointments since taking office three weeks ago, Aquino said he had ended political patronage as part of his government's efforts to restore trust and confidence in the military.

Aquino has replaced several generals who were closely identified with his predecessor, Gloria Macapagal Arroyo, notably General Delfin Bangit, who she made head of the 130,000-strong military in the final months of her term.

Arroyo had relied on loyal generals to defeat three coup attempts during her 9-½ year rule. Patronage within the military was among the key complaints of the rogue soldiers who tried to grab power.

Aquino on Friday appointed Major-General Arturo Ortiz, commander of the military's elite forces, as head of the 80,000-strong ground forces.

"The assumption of command of General Ortiz is a concrete step to show the end of political patronage in the army," Aquino said during his fourth visit to an army base since taking office on June 30.

"He will be our partner in the reforms we will undertake in the army, including the modernisation of equipment, and make sure our people continue to trust our soldiers."

Ortiz said he would uphold civilian supremacy and resist military intervention in politics.

Aquino, who as president is also commander-in-chief, repeated his plans to provide funds to upgrade equipment, recruit troops and look after soldiers and their families.

He gave no details on how his cash-strapped government could fund the planned defence spending, that could cost about 10 billion pesos ($215 million) over and above annual budget of 57 billion, or around 1 percent of the country's GDP.