The Abu Sayyaf, with an estimated strength of about 300 fighters, is the smallest of several Muslim groups fighting the government of the Philippines. 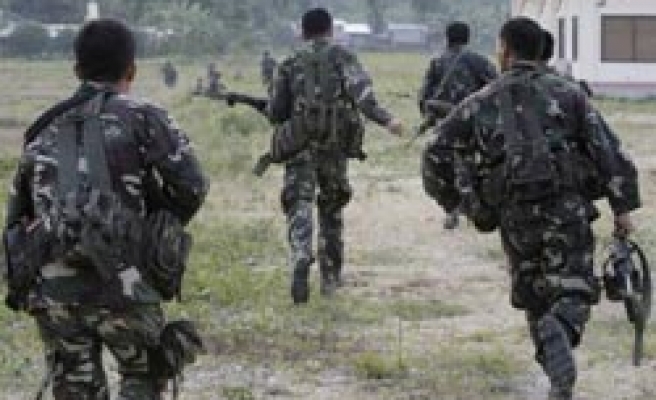 Seven Philippine soldiers were killed and 21 wounded on Thursday in the heaviest fighting in months between government troops and Abu Sayyaf group on a remote southern island, an army spokesman said.

The fighters of the Abu Sayyaf group also suffered heavy casualties when soldiers stumbled upon their main base on Jolo island, said Lieutenant-Colonel Randolph Cabangbang.

"We're sending helicopters to provide close air support as well as evacuate our casualties," Cabangbang told reporters, adding that soldiers battled fighters for five hours before capturing the base.

The Abu Sayyaf, with an estimated strength of about 300 fighters, is the smallest of several Muslim groups fighting the government of the Philippines.

Since 2002, U.S. troops have been helping train and advise troops fighting the fighters.

Cabangbang said there were an estimated 70 fighters in the base, near Patikul town, which served as the headquarters of leaders Radullan Saheron and Isnilon Hapilon.