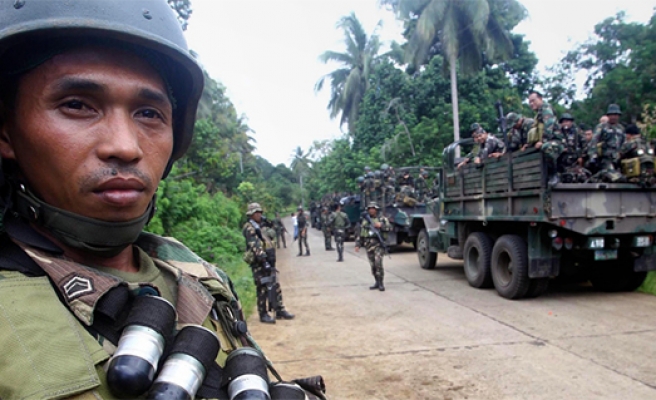 After killing two key leaders of extremist groups in Marawi early Monday, the military is now pursuing a Malaysian extremist along with 30 other militants.

“There is still one personality, Dr. Mahmud (Bin Ahmad) of Malaysia, and he is still in the main battle area with some Indonesians and Malaysians,” military chief General Eduardo Año told local media.

The remains of the leaders of the local Abu Sayyaf and Maute groups -- Isnilon Hapilon and Omar Khayyam Maute, who were killed in intensive firefights earlier -- were recovered along with seven other bodies believed to be of militants.

A former university professor, Ahmad is Malaysia’s most wanted extremist and was described as the most important ISIL leader in Southeast Asia. He reportedly channeled PHP30 million ($585,000) from ISIL to purchase firearms, food and supplies for the siege in Marawi City and organized the entry of foreign fighters to establish ISIL cells there.

Officials downplayed the Malaysian’s capacity to lead the Filipino militants as reports of Ahmad taking leadership of the local extrem groups surfaced.

"I don't think so. Mahmud became instrumental because of the financial support channeled through him. So far, Mahmud cannot lead local extrem groups. It should be a local. That is why they chose Hapilon. He was just an ordinary straggler," said Año.

Ahmad is just one of eight foreign fighters staging a fierce fight against troops as the crisis enters its 148th day, Año added.

"We will get the rest of them," Año stressed, adding the remaining fighters have lost their “fighting formation” as a result of their leaders’ deaths.

Defense chief Delfin Lorenzana earlier expressed confidence that the cessation of hostilities in Marawi will be announced within the week but clarified that martial law will not yet be lifted as the situation in all of Mindanao will still be discussed with President Rodrigo Duterte.

The battle in Marawi erupted on May 23 following an attack staged by extremists who hoisted ISIL black flags in a bid to establish a caliphate in Southeast Asia.

Duterte has since imposed martial law in all of the southern Philippines’ Mindanao islands which is not set to expire until the year’s end.