The army launched the offensive that killed 52 fighters of the breakaway Bangsamoro Islamic Freedom Fighters (BIFF) a day after the government and the mainstream rebel group agreed on a final roadmap for peace talks which were originally agreed in October 2012. 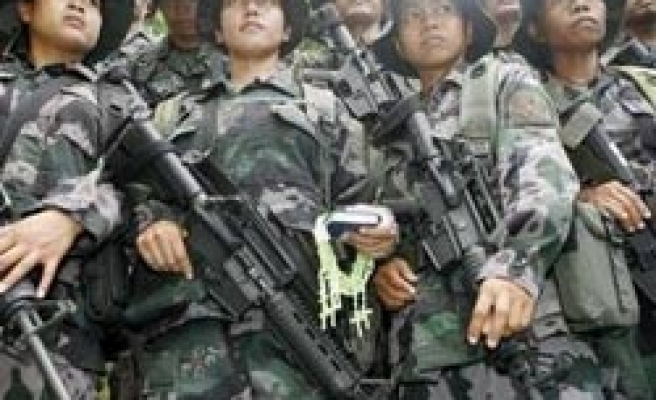 But the rebels hit back, detonating two roadside bombs while an army convoy passed by, injuring six soldiers and six civilians including two crew from a local television station.

The army launched the offensive that killed 52 fighters of the Bangsamoro Islamic Freedom Fighters (BIFF) a day after the government and the mainstream rebel group agreed on a final roadmap for peace talks which were originally agreed in October 2012.

The breakaway rebel group opposes the peace talks and the offensive was seen as removing potential obstacles to it by preempting possible attacks on civilian communities in the southern Philippines.

On Friday, army spokesman Colonel Dickson Hermoso said they had captured the main operating base of the BIFF in Maguindanao province.

A rebel spokesman claimed they killed three soldiers in the bomb attack the following day but they did not intend to harm the reporters.

"The military convoy was a legitimate target, we do not want to harm members of the press," Abu Misry Mama said in a statement.

Hermosa said on Saturday that the injured were airlifted to a nearby hospital and were all safe.

The deal hopes to end 40 years of conflict in the south and set up a Bangsamoro government in the Muslim areas in south of the mainly Roman Catholic country. Bangsamoro refers to Muslims and non-Muslim natives of Mindanao.

A small faction of the rebel group broke away three years ago to continue the armed struggle to gain independence from the central government in Manila.