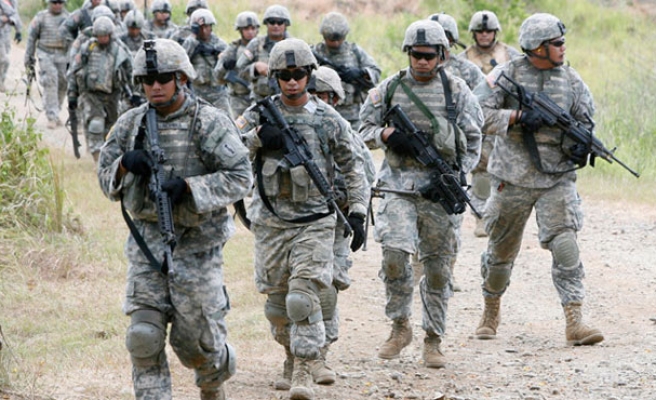 U.S.-trained army commandos on Thursday killed 14 militants belonging to the al-Qaeda-linked Abu Sayyaf group in the first major battle this year on a remote southern island, as the Philippines stepped up efforts to rescue foreign hostages.

The Abu Sayyaf is the smallest but most deadly of several groups fighting for independence in the south of the Roman Catholic country. It is estimated to have about 500 followers based mostly on Basilan and Jolo.

It has links with Jemaah Islamiah, a pan-Asian group blamed for attacks in Indonesia, including the 2002 Bali bombings and two Jakarta hotel bombings last month.

Troops used artillery and air strikes to hit the positions of about 300 militants, who are holding three foreign captives, including a Malaysian and European, outside Patikul town, military spokesman Colonel Restituto Padilla said.

"Our troops are trying to box in the Abu Sayyaf rebels for a decisive battle," Padilla said, adding infantry and marine units have been positioned as containment forces to prevent militants from escaping the Patikul jungles.

Padilla said 14 militants were killed and 19 wounded in the two-day battle. Two soldiers were also killed and 14 were wounded after commandos chanced upon a large group of Abu Sayyaf led by Hatib Hajan Sawajaan.

Two Southeast Asian militants from Singapore and Indonesia were involved in the fighting, together with Abu Sayyaf leader Furuji Indama. Two Abu Sayyaf leaders are in the most wanted list of the U.S. State Department.

U.S. forces helped evacuate the wounded troops, four of them in critical condition. "They are not involved in combat, but we requested them to bring our wounded personnel to the main army base in Zamboanga City," Padilla said.

Abu Sayyaf is blamed for the worst militant attack in the Philippines, the sinking of a ferry in Manila Bay in 2004, in which 100 people were killed.

It has also been in the spotlight for high-profile kidnappings, most recently the abduction of two German nationals on Jolo, who were later freed. Newspapers said large ransoms were paid, although officials deny this.