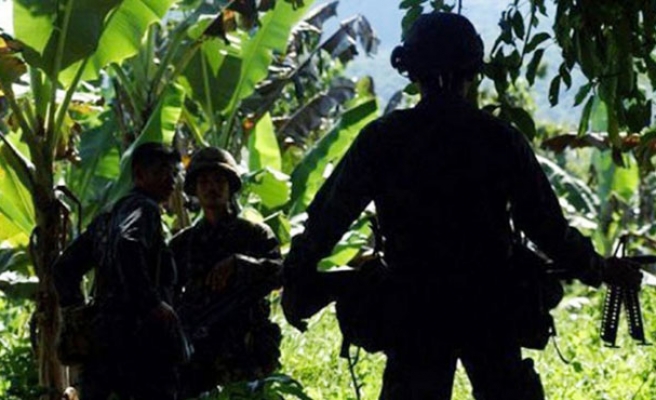 At least two ISIL-linked militants and a soldier have been killed, while six others have been injured in clashes in the majority Muslim province of Sulu, the military said Friday.

Sahiron, the one-armed most senior Abu Sayyaf leader, has a $1 million bounty on his head for alleged involvement in the kidnapping of U.S. tourists in 2001.

"The number of casualties on the Abu Sayyaf's side was based on an intelligence report," Tan said adding that the troops recovered an M14 rifle magazine and an empty M14 cartridge from the site of the encounter.

"Soldiers also found a newly-abandoned harbor position believed to have been occupied by the Abu Sayyaf members."

Tan added that authorities are currently verifying reports with Malaysian counterparts of an armed confrontation between Malaysian forces and suspected Filipino gunmen involved in cross-border kidnappings.

The Star online reported Friday that three suspected kidnappers were shot dead and three others captured in a 20-minute gunfight between the police’s Tiger Platoon and eight gunmen in waters off Pulau Bodgaya in Semporna at 9.40 p.m. Thursday.

According to Tan, the military is still verifying a report that three Filipinos suspected of involvement in kidnappings in Sabah and nearby areas were killed.

The report claimed that the whereabouts of the two other suspects could not be immediately ascertained as security personnel continue to comb the area.

Kidnap-for-ransom gangs frequently operate in the seas between the Philippines, Indonesia and Malaysia.

They are known to hand over their captives to the Abu Sayyaf and negotiate for a ransom that, if paid, is shared with the group.

Since 1991, the group -- armed with mostly improvised explosive devices, mortars and automatic rifles -- has carried out bombings, kidnappings, assassinations and extortion in a self-determined fight for an independent province in the Philippines.

It is one of two militant groups in the south to have pledged allegiance to ISIL, prompting fears during the stalling of a peace process between the government and the Moro Islamic Liberation Front that it could make inroads in a region torn by decades of armed conflict.