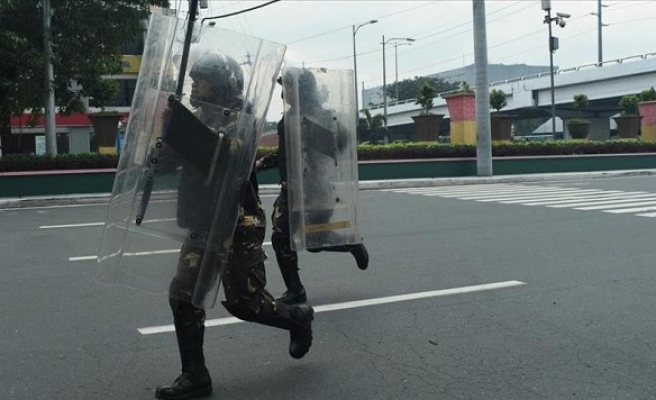 Dozens of gunmen suspected of belonging to a new militant group have been killed in clashes with government troops in the troubled Southern Philippines' province of Lanao del Sur since Saturday, according to the country's military.

Tan, who cited intelligence reports, put the death toll among members of the group suspected of links to Southeast Asian regional terrorist network Jemaah Islamiyah at 42.

Tan said Thursday that in the last six days, five government forces have also been killed while six others were injured in the ongoing operation concentrated on Butig town, where the Jemaah Islamiyah-linked group -- reportedly led by brothers Abdullah and Omar Maute -- has been hiding.

He added that government troops had overrun one of the group's lairs in the province of Lanao del Sur -- one of five provinces in the Autonomous Region in Muslim Mindanao -- and recovered two M-16 rifles, two rocket propelled grenades and a homemade cal. 50 rifle.

The offensive -- aided by air strikes and artillery shelling -- was triggered by an attack on a military detachment by what was described as a mixture of "local and foreign terrorists".

Since the fighting began thousands of civilians have also been displaced.

Jemaah Islamiyah was blamed for the 2002 Bali attacks that killed 202 people, mostly Australians.