Philippines arrested a key suspect who has been charged in the massacre of 57 people last year after he was shot by rival clan members, police said. 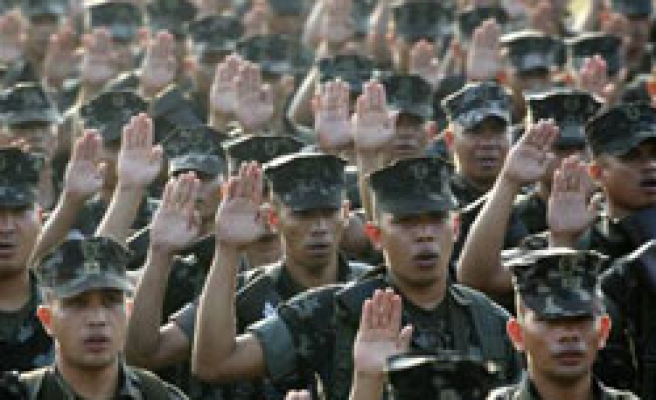 Philippine security forces arrested a key suspect who has been charged in the massacre of 57 people last year, the country's worst incident of political violence, after he was shot by rival clan members, police said on Sunday.

Edris Kasan, who has a 200,000 pesos ($4,400) bounty for his capture, was arrested early on Sunday after he was admitted to a hospital in a southern island with gunshot wounds.

Police spokesman Agrimero Cruz said Kasan, who has been on the run since he was charged late last year in connection with the massacre, would be moved to a military hospital.

"He's under heavy guard at a hospital after we confirmed his identity," Cruz said, adding that Kasan had checked into hospital with a false name.

"Some witnesses were also brought to the hospital to make sure we got the real suspect. We will move him to a hospital at an army base for security reasons."

Kasan was wounded in a gunbattle with a rival clan in Datu Hoffer town, Cruz said.

Security forces have stepped up efforts to locate and arrest more than 130 suspects still at-large, including 20 members of the powerful Ampatuan clan, who were charged with the mass killings. Only 62 are in custody.

A total 197 people had been charged in court for the murders.

The trial of the main suspect, Andal Ampatuan Jr, has been suspended since February, held up by defence motions including one seeking to disqualify the judge. Ampatuan and 17 of his followers had pleaded not guilty at the start of the trial.

The armed men also killed people and then tried to bury the bodies and their vehicles in mass graves. The dead included some 30 journalists.