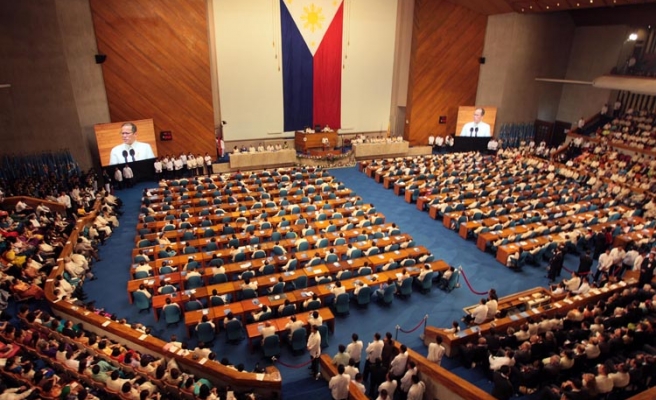 Philippine leader Benigno Aquino is facing his biggest political crisis over a botched operation to capture a wanted militant, amid revelations that a suspended police general who is a close friend of the president played a central role in the raid.

The risky mission to arrest Zulkifli bin Hir, an al Qaeda-linked bombmaker with a $5 million U.S. bounty on his head, went disastrously wrong when commandos from the Philippine police's Special Action Force (SAF) were ambushed and 44 were killed.

It has also raised uncomfortable questions for Aquino over why he allowed Alan Purisima, suspended from his job as national police chief for six months in November over corruption allegations, to be involved in planning and executing the raid.

On Friday evening, Aquino went on national television to announce he had accepted the resignation of Purisima, who he praised for his loyalty and service.

Aquino and Purisima's friendship dates back to 1987 when Aquino was shot in the neck during a coup attempt against his mother, then president Corazon Aquino.

A police intelligence officer told Reuters the information on the location of the "high value target" from last month's operation came from Purisima, not from a U.S. tip-off as had been reported in local media.

"He packaged everything. It was his plan, he used his own alpha and the SAF units were there to execute the raid," he said. "Alpha" is intelligence jargon for an informant.

In a television interview, Purisima admitted that he supplied the intelligence information on bin Hir's whereabouts, but denied directing the actual police operation to get him.

Two bishops, potentially powerful voices in a country where the Church wields great influence, and a handful of lawmakers have called on Aquino to resign. A civil society group is planning a protest action on Monday to urge Aquino to crack down on rebels in the Muslim majority south.

"This is Aquino's biggest political crisis," said Ramon Casiple, executive director of the Institute of Political and Electoral Reform. "Anything can happen."

Operation "Exodus" was launched at 4 a.m. on Jan. 25, when U.S.-trained seaborne SAF commandos sneaked into the village where Marwan was sleeping, according to police accounts.

Marwan was almost certainly killed in the raid - commandos cut off the right index finger of a dead suspect and sent it for analysis to the FBI, which this week said the DNA showed a link to a known relative.

SAF commander Getulio Napenas, waiting at a tactical command post 3-4 km away, was jubilant when he received the SMS "Mike One, Bingo", meaning mission accomplished. But as the commandos withdrew, a fierce firefight erupted.

Napenas, who was sacked in the aftermath of the raid, has since said that Purisima phoned him hours before the raid telling him to keep the national police leadership out of the loop until the plan had been carried out.

"It was General Purisima's project," Napenas told a news conference. "He was the one who approved the operation plan last November."

The acting national police chief, Leonardo Espina, told reporters he was only informed about the raid at about 5:30 a.m., when the SAF commandos were already engaging rebels.

Military chief General Gregorio Catapang told a news conference the area military commander was also not told of the raid in advance. Army reinforcements linked up with the SAF troopers about four hours into the fight.

It was about 11:30 p.m. by the time the army extracted the SAF commandos. Only 27 had survived.

Aquino said in a national TV address three days later he had consulted Purisima, one of a group of presidential buddies with whom he enjoys trips to the shooting range, on the raid and had also been in direct communication with Napenas.

He gave no explanation why his interior minister, Manuel Roxas, and acting police chief Espina were not informed.

Aquino's office has declined to comment further. Purisima has not made any comment, but his lawyer said he would attend an inquiry by senators on Monday.

General Catapang criticised the raid as "poorly planned" and there have been grumblings from the rank-and-file in the police and army about violations of the proper chain of command.

"There's a legitimate grievance from the ranks," a senior police general who declined to be named told Reuters. "They have many questions and they want truthful answers."

Purisima was involved with an April 2014 plan, codenamed "Wolverine", to arrest Marwan, an SAF commander told Reuters. That was aborted because the army refused to move without coordinating with the rebels, who were observing a ceasefire.

Retired police general Rodolfo Mendoza and a second police intelligence official said funding for the operations to track down Marwan had come from the office of Aquino's executive secretary, Paquito "Jojo" Ochoa, a rival of Roxas.

"Ochoa, who wears three hats as head of the anti-terrorism council and national anti-organised crime council, had funded the operation," Mendoza said.

Ochoa has denied through an aide knowing about "Wolverine" or approving the plan's funding. He did not comment on "Exodus".

Worryingly for Aquino, some of his own allies in Congress have called for the suspension of deliberations on a proposed law to create a new autonomous government for Muslims in the south, known as the Bangsamoro, as part of the peace deal.

"Aquino can kiss his legacy goodbye," political analyst Casiple said. "There is no way the Bangsamoro legislation will pass. Even his own presidency is on a shaky ground."