Both houses of Congress will convene on Monday, 11 weeks after the May 10 election and nearly four since the Aquino administration took office. 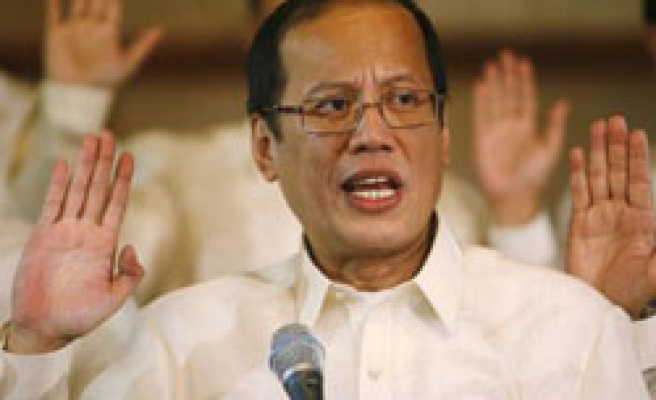 Philippine President Benigno Aquino III will outline his political agenda when Congress sits on Monday for the first time since the May election.

Spokesman Edwin Lacierda said Aquino's speech would be a simple presentation of the country's problems and how to tackle them, and the president would not make promises on programmes and projects that could not be funded.

"There's no enchanted kingdom," he said in a TV interview.

Both houses of Congress will convene on Monday, 11 weeks after the May 10 election and nearly four since the Aquino administration took office, and will have to elect a Senate President and Speaker of the House of Representatives.

One hurdle for Aquino is public support. His victory margin in the presidential vote was the largest since democracy was restored in 1986, but that has not translated to political dominance in Congress.

His Liberal Party does not have a majority in either house, although its numbers have been bolstered by defectors from other parties since the election.

The public's high anticipation of his government means Aquino may avoid grand promises or gestures, as he seeks to ground expectations of what can be achieved in a six-year term.

"I don't expect much from Noynoy's speech because he has to manage the expectation on his government, which is very high at the moment," said Earl Parreno, analyst at the Institute for Political and Electoral Reforms, referring to Aquino by his nickname.

"He can't afford to further raise those expectations because the risks are greater if he fails to match them with actions and delivers on his promises."