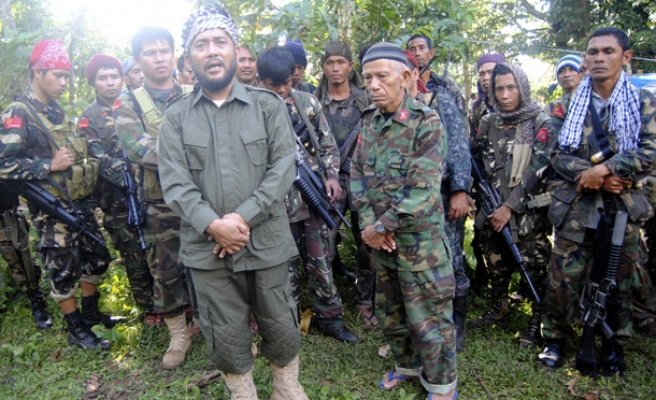 Government forces have intensified their pursuit of Abu Sayyaf members in the Muslim predominantly troubled island province in the southern Philippines, according to news reports Monday.

The al-Qaeda linked group are reported to be in the company of four Jemaah Islamiyah members.

"There will be no let-up in the intensified military operation until Sahiron is neutralized," the state-run news agency quoted Arrojado as saying.

The group has been on the run in the area since last week when 38 of its men were killed and another 31 wounded in a series of clashes with the army and marines.

He claimed that the combat operations were badly hurting the group, adding that the wives of five wounded Abu Sayyaf members were seen buying medicine in various pharmacies in Jolo on Saturday.

Abu Sayyaf leader Sahiron - who lost his right arm in a battle with government forces in Mindanao in the 1970s figured in the Dos Palmas kidnapping of 21 tourists, including three Americans, in Palawan in 2001.

The military has said that four JI militants were sighted in an Aug. 28 encounter between Marines and at east 300 Abu Sayyaf near Mt. Awak in Barangay Latih, Patikul town.

The U.S. State Department’s Country Report on Terrorism 2014 lists Al-Qaeda’s Southeast Asia-affiliate Jemaah Islamiyah alongside the Abu Sayyaf and the armed wing of the Communist Party of the Philippines - the New People's Army -- as among the “Foreign Terrorist Organizations” operating in the Philippines.

Since 1991, the Abu Sayyaf -- armed with mostly improvised explosive devices, mortars and automatic rifles -- has carried out bombings, kidnappings, assassinations and extortion.