Philippine police said captured a suspected Muslim rebel who allegedly was involved in a 2009 land mine attack that killed two U.S. Army Special Forces soldiers and a Filipino marine 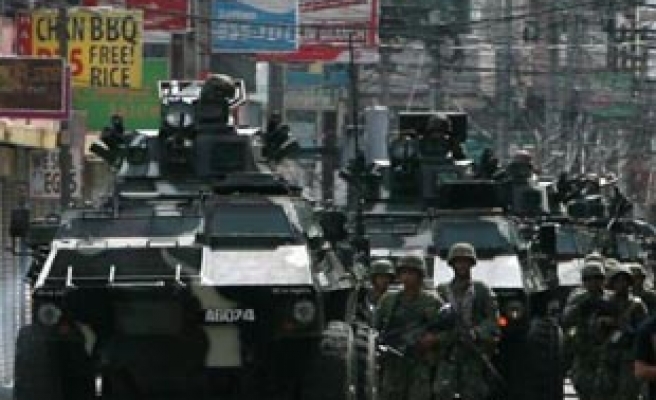 Philippine security forces have arrested a Muslim rebel allegedly responsible for the death of two U.S. servicemen in a September 2009 roadside bombing on the remote southern island of Jolo, a police general said on Monday.

A team of policemen and soldiers surprised Miraji Bairullah, also known as Mahang, in his hideout on Sunday morning outside the town of Indanan on the island, said Benjamin Magalong, head of a police criminal investigation and detection group.

"Mahang was escorted to Zamboanga City, where he is facing multiple murder charges," Magalong said, adding that the United States had expressed interest in the case.

He said Mahang was believed to be a member of the Moro National Liberation Front (MNLF), which assembled an improvised bomb that killed two U.S. soldiers and a Filipino marine in Indanan in 2009.

The troops were on their way to inspect a school project when their vehicle, a Humvee, rolled over an improvised bomb. Three soldiers were killed and three were wounded.

In March, the government and the Philippines' largest Muslim rebel group, the Moro Islamic Liberation Front, reached a deal to end 45 years of conflict that has killed more than 120,000 people, displaced 2 million and stunted economic growth.

Many of the rebels, however, held on to their weapons despite the peace deal and later resumed attacks. Others defected from the Moro group - or Bangsamoro group, a population of ethnically indigenous Muslims in the Philippines - and helped to build the Abu Sayyaf group in the early 1990s.

U.S. troops have been deployed in Sulu since 2006, assisting the Philippine military in its fight against the Abu Sayyaf.

Although security officials deny U.S. forces have been directly involved in combat operations, numerous reports from civilians and various civil groups have claimed American participation in operations aimed at capturing or killing rebel leaders in Sulu and other parts of Mindanao.