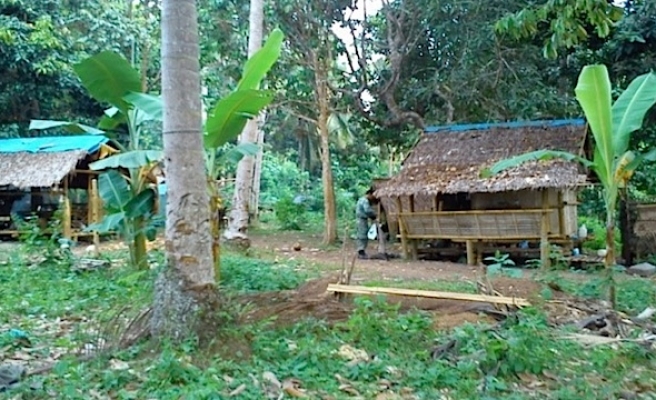 The Philippines military confirmed Saturday that a one-armed terrorist on which the United States has placed a $1 million bounty was injured Friday in a firefight with government security forces in the troubled southern province of Sulu.

Brig. Gen. Alan Arrojado, commander of Joint Task Group Sulu, told Anadolu Agency in a text statement that Radullan Sahiron had been hurt in the 90-minute clash with around 100 Abu Sayyaf in Patikul, but escaped.

"There's an intelligence report that Radullan Sahiron was wounded in the firefight," he said.

"Seven bandits and a soldier were killed in the gunbattle and were airlifted to Camp Navarro General Hospital in Zamboanga City for medical treatment."

Arrojado added that at least seven other Abu Sayyaf were also wounded, but there had been no further information where Sahiron was hit.

Sahiron -- also known as Kumander Putol (Putol is Filipino for "cut," and can also mean limbless) -- has been described in military reports as a one-armed, horse riding Muslim rebel leader, who reportedly took control of the ISIL-linked Abu Sayyaf following the death of previous leader Khadaffy Janjalani in Sept. 2006.

He lost the limb fighting security forces in the 1970s, but went on to play a role in the May 2001 Dos Palmas kidnapping of three U.S. citizens -- including a missionary couple -- and the beheading of another American after an audacious raid on a holiday island resort.

The couple -- Graham Burnham and his wife Gracia -- were celebrating their 18th wedding anniversary at a resort on the western Philippines island of Palawan when they were snatched at gunpoint.

Several of the hostages, including U.S. citizen Guillermo Sobero, were beheaded.

On Feb. 27 2007, Sahiron was indicted in a U.S. District Court and charged with taking hostages and aiding and abetting the kidnapping. An arrest warrant was issued on the same date, and a U.S. Rewards For Justice Program subsequently offered a reward of up to $1 million for information leading to his arrest.

He has also been tied to a multitude of other killings and abductions, among them the threatened execution of two Canadians and a Norwegian who were kidnapped from a resort on Samal Island in Davao del Norte Sept. 21, 2015

Earlier this month, a video was posted to Facebook showing the three thin, bearded and handcuffed hostages appealing to their governments for help, saying that if their kidnappers' demands for P1-billion ($21.3 million) ransom for each hostage are not met they will be killed April 8.