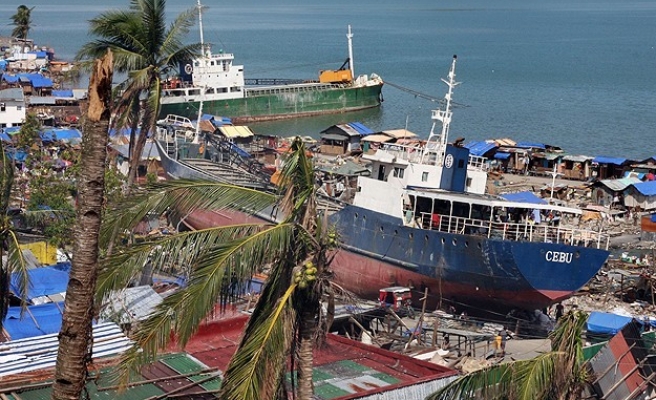 The death toll from Tropical Storm Fung-Wong – known locally as Mario - has climbed to ten in the Philippines, as the number of injured people rose to seven.

In an update issued to media Sunday, the National Disaster Risk Reduction and Management Council (NDRRMC) said most of the latest fatalities were from drowning following heavy rains that pounded northern Luzon island from Thursday to Friday night.

The update added that 599 houses had been damaged, and 75 roads and three bridges rendered impassable with flooding remaining a problem in certain areas.

Damage to agriculture was estimated at $1.1 million (P48.5 million) in the northwestern province of Ilocos Norte, which also suffered P1.9 million in damages to infrastructure while Pangasinan province suffered P 2.4 million.

The Department of Public Works and Highways recorded P91.3 million in damages to roads in affected regions.

The NDRRMC also reported that the total cost of government assistance to affected families has reached P14.5 million.

While power has been restored in the province of Ifugao, a state of calamity has been declared in Ilocos Norte.

Fung-Wong, which came as the Philippines is still reeling from two recent typhoons, was expected to leave the country by Sunday night as it heads north-northwest at an estimated 15 kilometers (over nine miles) an hour, according to the NDRRMC.

The country's weather bureau said Fung-Wong brought rainfall of seven to 20 mm an hour (moderate to intense) covering an area of 350 km - slightly less than Typhoon Ketsana, known locally as Ondoy, which caused massive flooding in Metro Manila and killed some 700 people in 2009.

The country is visited by some 30 storms a year - many of them deadly. The Southeast Asian archipelago is often the first major landmass to be struck after storms build above the Pacific Ocean's warm waters.