The trial court in Olongapo City handling the case is expected to issue an arrest warrant within the week, as well as an order to put Pemberton in jail. 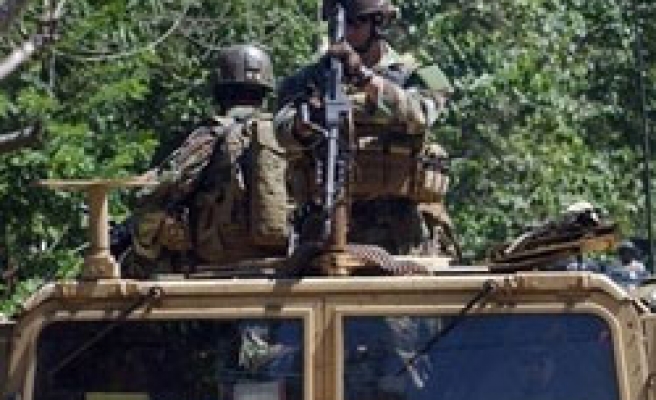 Philippine prosecutors on Monday filed murder charges against a U.S. marine over the death of a transgender Filipino outside a former U.S. Navy base, in a case that could test the close security ties between the two allies.

A Filipino was found dead on Oct. 11 in a hotel toilet in Olongapo City, northwest of Manila. Private First Class Joseph Scott Pemberton was named a suspect. He is detained at a U.S. facility at the main Philippine army base in Manila.

"We filed a murder case," said Emilie Fe delos Santos, head of the public prosecutor's team, adding that she believed there was a strong case, after having reviewed the evidence.

"It's a capital offense so there will be no bail. There was aggravated treachery, abuse of superior strength and cruelty."

The crime has added to pressure on the government of President Benigno Aquino to renegotiate the U.S.-Philippine Visiting Forces Agreement (VFA), testing security ties as the two allies face growing tension in the South China Sea.

Manila and Washington signed the enhanced defence cooperation pact in April, allowing U.S. forces a greater and sustained presence in the Philippines for maritime security and disaster and humanitarian operations.

The trial court in Olongapo City handling the case is expected to issue an arrest warrant within the week, as well as an order to put Pemberton in jail.

"We look forward to the full cooperation of the U.S. government in ensuring that justice is secured," foreign ministry spokesman Charles Jose said in a statement.

Laude's private lawyers demanded that the military bring Pemberton to court from the temporary detention site, where he had been taken from a ship late in October.

A few anti-U.S. activists held a protest outside the court, denouncing Manila's new military pact with the United States, saying the Americans were abusing Philippine hospitality.