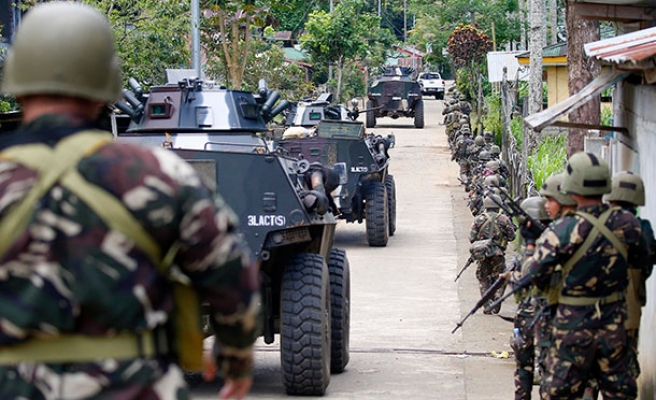 Philippine soldiers have started withdrawing from Marawi, signaling the end of more than five months of war that claimed more than 1,000 lives.

The war began May 23 with the military's major assault and airstriking on Marawi's urban center to neutralize ISIL-linked Maute terrorists. It is almost over with only 20 of them still fighting the soldiers in a small portion of the city.

The first batch of soldiers was accorded a send off by Army Lt. General Carlito Galvez Jr., chief of the Western Mindanao Command (WestMinCom), at Camp Ranao in Marawi City on Monday morning.

"The Army soldiers from the 1st Infantry Battalion (1IB) begin withdrawing from Marawi and returning to their bases in Luzon islands," Capt. Jo-Ann Petinglay, WestMinCom spokesperson, said in a statement.

The 1st IB was the first batch of Army battalion deployed to Marawi City to reinforce the soldiers during the earlier stage of fighting, according to Petinglay.

"The unit is responsible for the rescue of 34 hostages of the ISIL-linked Maute terrorists and the recovery of assorted high powered and low powered firearms," she added.

The battalion lost a soldier while 13 others were wounded during their mission.

During the send off ceremony, Galvez awarded the unit's commander and three other 1st IB officers with Silver Cross Medals for their contribution to the liberation of Marawi City. A Command Plaque was also given to the 1st IB as a unit.

Galvez said six military battalions will stay in Marawi while its rehabilitation is ongoing.

He said a certain Malaysian national, identified as Amin Bacu, is now the leader of the more than 20 remaining Maute terrorists reportedly confined to just three structures in Marawi.

Bacu has taken over following the deaths of bandit leaders Isnilon Hapilon, Omar Maute and Malaysian Dr. Mahmud Ahmad. He went to the country via the southern backdoor in 2010.

"The clashes are expected to end before the end of the month. Our troops are still clearing the city of improved explosive devices and booby trapahs," Brawner said.

The Office of the Civil Defense earlier reported that of the more than 400,000 individuals who have been displaced by the war, 27,000 of them are still in various evacuation centers and staying in their relatives homes in Iligan City and Lanao provinces.