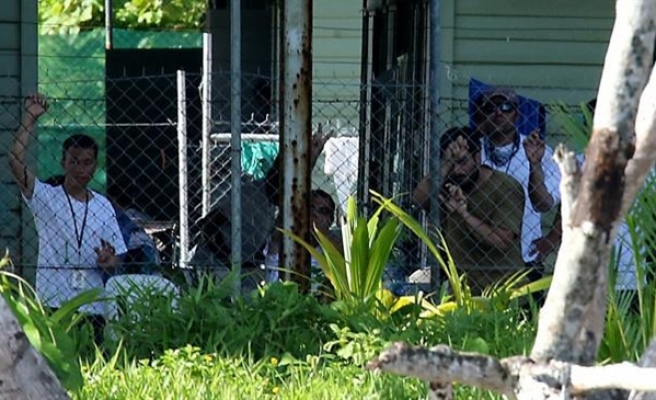 Australia is reportedly in negotiation with the Philippines to send unwanted refugees based on Manus Island to the Southeast Asian country in a deal which local media has reported as worth A$150 million ($109 million).

The unconfirmed reports in News Corporation papers maintain that the agreement would expand Australia’s much criticized refugee resettlement program and be part of a far broader Strategic Partnership Agreement now under discussion with the Philippines.

Australia's hardline policy denies resettlement to all asylum seekers arriving by sea, even when they are found to be genuine refugees.

News Corp. reported that it understands that Foreign Minister Julie Bishop agreed the deal with her Philippines counterpart Secretary of Foreign Affairs Albert Del Rosario in New York last week and that it is awaiting sign-off by President Benigno Aquino.

In keeping with the secrecy of the Tony Abbott/Malcolm Turnbull governments when it comes to border protection, Australia's Immigration Minister has refused to confirm whether arrangements have been agreed.

When asked by journalists at a press conference Friday afternoon when he anticipated the deal with the Philippines to be signed off and how many refugees from Manus Island he expected would be shipped there, Peter Dutton confirmed only that Bishop had held “bilateral discussions” with her Philippines counterpart in New York.

“I am not going to publicly comment in relation to where some of the negotiations are at,” Dutton said.

“But I would say that we have been very open to discussions for a long period of time with those partners because we have been very clear about the fact that people on Nauru and people on Manus, who have sought to come to our country illegally by boat, won't be settling in Australia.”

Four refugees from Nauru were sent to Cambodia in a similar A$55 million ($40 million) deal with Australia.

Green Party immigration spokesperson Senator Sarah Hanson-Young told Anadolu Agency on Friday that “The Australian Government is involved in a secret deal with the Philippines, trading in human lives, and the Immigration Minister must explain what’s really going on.”

“The deal with Cambodia is in shambles and, instead of recognizing their mistakes, the government is trying to set up another dodgy deal,” the opposition spokesperson added.

Recent reports claimed that Cambodia did not want to settle any more refugees as part of its transfer deal with Australia -- however, after a visit by Dutton, Cambodia reportedly agreed to continue taking refugees.

Cambodian media reported last week that two more refugees from Nauru were about to be resettled in the country.

“Treating refugees as human cargo in a trade deal with the Philippines is shameful,” continued Hanson-Young. “With the rumoured cost to the taxpayer to be at least A$150 million, the government needs to be upfront about the details of this deal.

“Murder, torture and enforced disappearances are still common in the Philippines and its clearly no place for us to be sending refugees,” she added.

“Following the spectacular failure of the Cambodian deal, the government will be throwing good money after bad if it pursues a similar arrangement with the Philippines.”