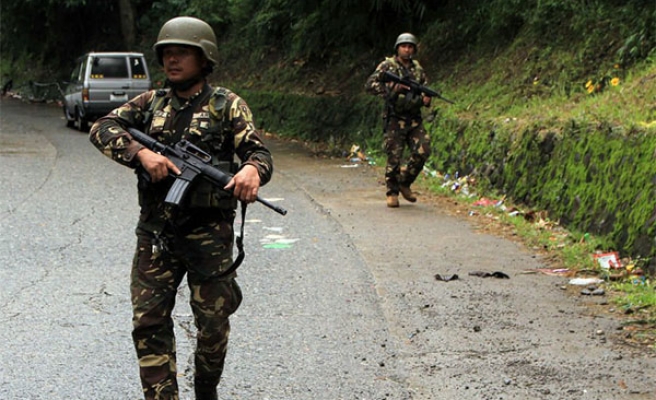 Col. Romeo Brawner Jr., deputy commander of Joint Task Force Ranao, said Monday that one of the killed “stragglers” was Ibrahim Maute, alias Abu Jamil, a cousin of the Maute brothers who led the attack on the city.

Ongoing clearing operations by government troops led to fierce fighting with the militants from early dawn to late afternoon Sunday which resulted in the deaths of the terrorists, said Brawner.

“Thus, the military is warning the public that the main battle area is still off limits because of the danger posed by terrorist stragglers,” said Brawner as quoted by GMA News.

“This is not to belittle him, but he can no longer mass up that number of troops the way (the late Abu Sayyaf leader Isnilon) Hapilon did,” Lorenzana said on the sidelines of celebrations at Camp Aguinaldo marking the Department of National Defense’s anniversary.

The military, however, maintains that Baco was killed in the clashes and that the group is now “leaderless and without direction”.

“Amin Baco is believed to have been among those killed in Marawi recently. Baco's remains are now the subject of an ongoing aggressive search,” said military spokesman Major-General Restituto Padilla.

Aside from Baco, the military was also looking for an Indonesian terrorist identified as Mahalan and Abdullah Hapilon, the son of slain former Daesh “emir” Hapilon, according to Western Mindanao Command commander Lt. Gen. Carlito Galvez Jr.

“I gave the direction to our ground commanders that once we get Amin Baco and Hapilon, we’ve already broken the chain of the Maute ISIS and the Abu Sayyaf in Mindanao,” Galvez said.

Over 300,000 residents of Marawi who fled the city when the Daesh-linked Abu Sayyaf and Maute groups launched an attack on May 23 are yet to return.

The clashes in the southern Philippine city prompted President Rodrigo Duterte to place all of the Mindanao islands under martial law, which is not set to expire until the year’s end.