Woman held for questioning in connection with Friday's bomb attack in city of Zamboanga that killed 2 people; wounded 57. 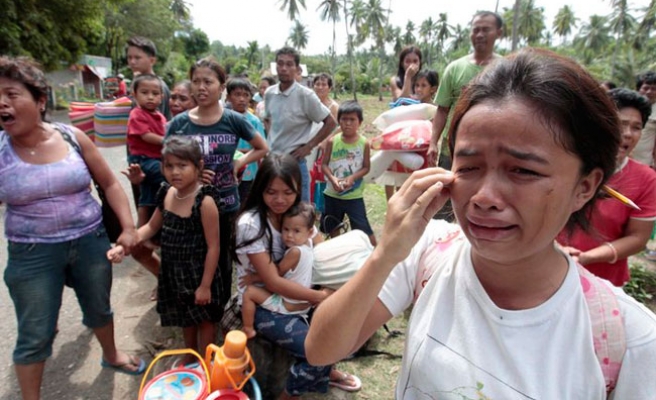 World Bulletin / News Desk
A woman was being held for questioning Saturday in connection with Friday's bomb attack in the Philippines' city of Zamboanga that killed two people and wounded 57 others.

Officials were tightlipped on the arrest of the suspect, but a police source told The Anadolu Agency that the woman was arrested Friday night in the nearby village of Cabatangan after investigators discovered that a car used in the attack came from her residence.

The source -- who requested anonymity as he was not authorized to discuss the case -- said investigators suspect the woman's husband carried out the attack that wrecked the Fantacy nightclub and shattered the windows and doors of the nearby bus terminal and several shops.

According to the source, the target of the explosion was not the club, but the crowded bus terminal where it was initially parked Thursday. Police, however, had ordered the driver to move the vehicle and it was instead parked outside the club across the highway.

Bystanders have said that the car initially started to burn, before exploding. Police called the fire department, but before they could respond, a powerful explosion rocked the area.

Among those killed were a motorized rickshaw driver who died in hospital two hours after the blast, and another man who also died several hours later.

Three hospitals treated 57 other people wounded in the explosion.