'Patience is bitter, but its fruit is sweet,' underlines gov't negotiator, as stakeholders fight to keep faith in deal that seals peace in country's Muslim south 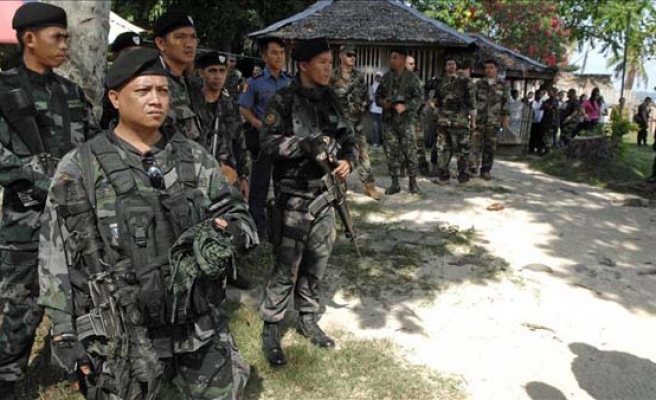 Just over a week after Congress failed to pass a law that would have created an autonomous Muslim region in the southern Philippines, a Moro rebel group has warned of widespread frustration among Muslims and troops on the ground.

"The most immediate step is either the Bangsamoro Basic Law [BBL] will be refiled in Congress, or a new basic law, faithful to the letter and spirit of the Comprehensive Agreement on Bangsamoro, be crafted by the Bangsamoro Transition Commission," which will most likely have new faces as members in the incoming new Philippines administration, said Iqbal.

Congress adjourned last week for election campaigning without approving the BBL before new Philippines leaders -- and with them, a new political outlook -- are sworn in on the back of the May 9 presidential vote.

“This must be in the form of firm and unequivocal commitment from government that it shall continue to comply with its obligations under the CAB, particularly on the passage of the CAB-compliant BBL, which is a unilateral obligation of government,” Iqbal said.

In a separate statement from the Kuala Lumpur meet, government chief negotiator Miriam Ferrer said both parties should not give up and must continue to pursue the peace process even after President Benigno Aquino III's six-year term comes to an end.

"We should listen more, engage more... How many times in the past did events play out to push us almost to the brink of giving up? But precisely because we persevered, we have reached this far in the process," she said.

"Let us end the war, the suffering, the tragedy, and pains of our peoples, of the soldiers and our heroic fighters, of our mothers and sisters, of our children. Let us try to live quiet and peaceful lives.”

She underlined that "Patience is bitter, but its fruit is sweet," adding the Philippines variant "Who has patience, gets to enjoy the pot of boiled meat."

"If only we had the law that would have moved our road map forward in leaps and bounds. But we do not have the law -- yet."

Ferrer lauded the MILF’s approach to the process; describing it as a "once angry, tight-knit organization” that had increasingly opened up to other segments of society -- "the other indigenous peoples, the non-Moros, other political forces".

"It is aware of the need for inclusivity. It is a pragmatic organization that carefully balances its idealism with realism. It enjoys the trust and respect of many people in civil society and government who have worked closely with their members.

"It has chosen peace."

Pulat, the chair of the peace process's Independent Decommissioning Body (IDB), said he hoped “the domestic politics in the Philippines would allow us [the IDB] to carry forward our work”.

“[T]he IDB is committed to continue as... independent, relevant, adaptable, active, and a stakeholder in the normalization," said Pulat.

"I can also reaffirm the support of the Turkish, Norwegian, and Brunei governments as member countries of the IDB.”