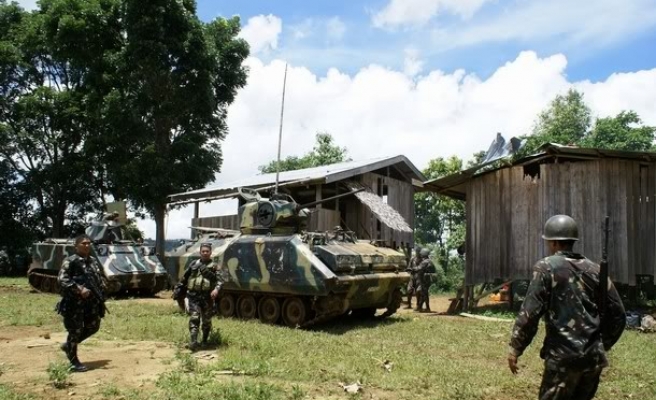 A former rebel integrated into the Philippines army under the terms of the 1996 peace process shot five of his comrades dead Thursday morning before he himself was shot and killed by troops.

"The incident transpired while the commanding officer of the unit is conducting troop information and education among his personnel when a soldier went amok," Bautista said.

Army spokesperson Col. Benjamin Hao told the state-run Philippine News Agency that Taha was a  37-year-old mortar gunner of Bravo Company, and a native of Indanan, Sulu and had been in the army for 12 years.

"We have no derogatory records on Taha," Hao added.

He said around 20-30 people were conducting bible study when Taha fired an M-16 rifle from the back of the room in a long sweeping burst.

Outside of the five men, Taha also shot and wounded eight soldiers and one civilian before he was shot dead, Hao added.

Among those killed were a first and second lieutenant and four enlisted personnel, while the nine wounded included eight military personnel and one civilian.

He said that Tao had just returned from a two-week vacation to settle "family problems".

A medical and psychological team is to be deployed to the military facility to investigate the cause of the incident and the army have also sought police help.

Tao was one of many Moro National Liberation Front rebels integrated into the army after the rebel group signed a peace agreement with the Philippine government in 1996.