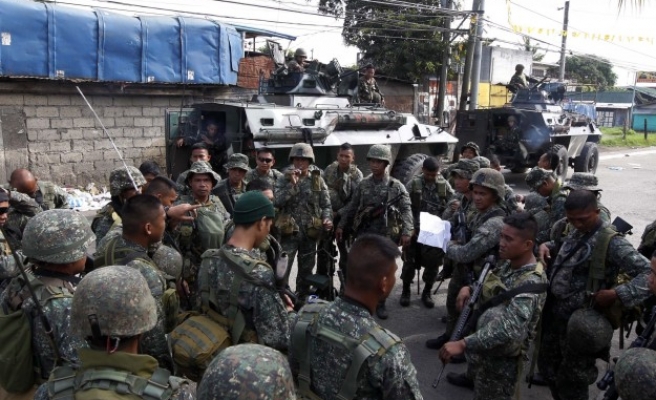 Villaflor expressed confidence his men would be able to use what they learned from the exercise in operations against an al-Qaeda-linked militant group in the southern island province of Basilan -- a known Abu Sayyaf stronghold.

The six soldiers -- including a junior army officer -- were part of a government force securing a Saudi-assisted road project when they clashed with around 20 heavily armed members Sunday.

The men - including a 2nd lieutenant - were killed during the ensuing 45-minute gun battle. The attack came the day after the Armed Forces of the Philippines launched morning air strikes against the group in the nearby island of Sulu, which triggered intense clashes that continued throughout the afternoon and left an undetermined number of casualties.

An opening ceremony for the joint "RP-US Balance Piston 15-1” program was held Wednesday at a military camp in the provincial capital of Isabela City after U.S. troops’ arrival from Okinawa, Japan.

Similar exercises were held in Basilan in 2002 and 2005, when dozens of U.S. soldiers - including Special Forces members - provided advice and training to local troops in hunting down Abu Sayyaf militants. U.S. navy engineers had also participated, helping build roads and bridges.