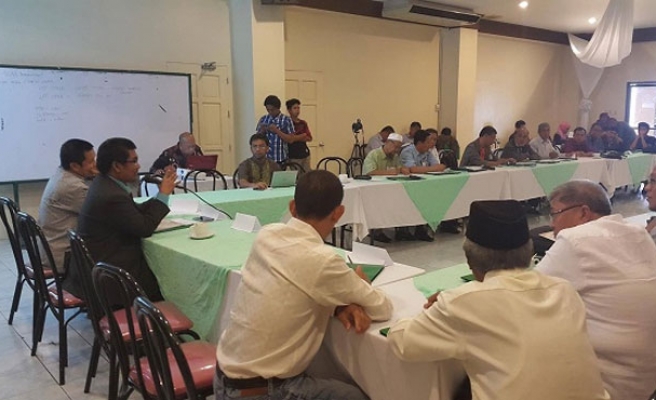 Al Haj Murad Ebrahim, who leads what was once the largest Muslim rebel group in the southern Philippines, said young people were being tricked into joining groups such as ISIL.

“They are trying to bring our young people into their ranks," he said. "They are deceiving our youth.”

Ebrahim, who was in Istanbul last week for a two-day international congress of Muslim communities, also criticized radical groups as extensions of terrorist organizations.

“There are radicals in our territory," he said. "There are some terrorist organization’s extensions. They call themselves members of ISIL. They are committing dangerous, ugly murders in the name of Islam.”

The congress, organized by Ankara-based Economic and Social Research Center, discussed problems and opportunities facing the Muslim world as well as the perception of Muslims in the West.

"In India, eating cow meat and beef is a crime. Muslim youth can be beaten to death just because they consume beef,” Thottancheri said.

“We see that the situation is not different from other countries, especially those where Muslims are in minority.”