Mahawar Pharmaceuticals, run from an upscale residential street in the eastern city of Raipur, is now at the centre of a probe into more than a dozen deaths in eastern India 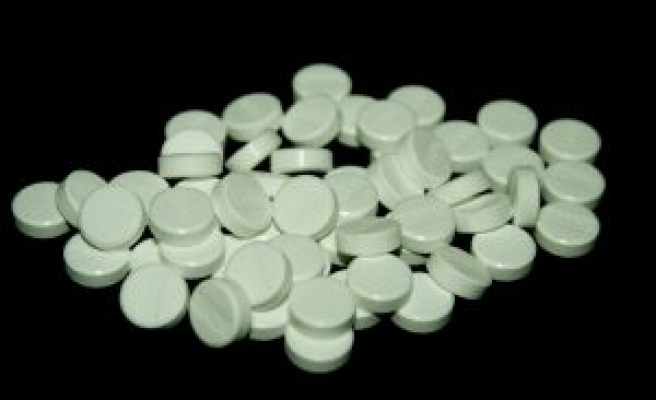 When Indian police came knocking at Sumit and Rajesh Mahawar's pharmaceutical plant two days ago, they say the father and son locked the doors from the inside. A few hours later, after the police left, witnesses reported smoke started rising from medicines burning behind the building.

Mahawar Pharmaceuticals, run from an upscale residential street in the eastern city of Raipur, is now at the centre of a probe into more than a dozen deaths in eastern India after 83 women were sterilised at a government-run family planning camp.

More victims arrived at hospitals from villages in Bilaspur district, about 100 km (60 miles) from Raipur, on Thursday and Friday, some clutching medicine strips from Mahawar and complaining of vomiting, dizziness and swelling, a doctor at the district's main public hospital said.

At least one of the strips of antibiotics, seen by Reuters, was from the same batch as those handed out at the mass sterilisation held on Saturday in the same district in Chhattisgarh state, one of India's poorest.

The factory owners deny there was anything wrong with their medicines.

Police say they entered the Mahawar factory on Wednesday with the help of a security guard, but at first found nothing wrong. Drug inspectors returned the next day and shut it down, but not before two men were seen lighting a pre-dawn fire out back.

A construction worker across the street said the 4 a.m. fire struck her as unusual. In the past garbage fires had been lit in the evening, she said.

A Reuters reporter found a pile of ash surrounded by spilt white powder behind a wall at the single storey blue and white building. In the cinders were medicine packets, including for Mahawar Pharma's Ciprocin 500 mg pills.

A batch of this product has been banned by Chhattisgarh's state government following the deaths but appears to still be available in rural areas.

Speaking in police custody, Ramesh Mahawar, the managing director of Mahawar Pharmaceuticals, told Reuters he and his son were innocent. He said the deaths and illness had only happened in Bilaspur, while his medicines have been sold elsewhere.

"The situation has been twisted in a wrong manner. We are just being harassed," said Mahawar, who has been making drugs for 35 years and said his company had an annual turnover of around $130,000.

Authorities raided a dilapidated bungalow in Bilaspur on Thursday that they said was used by another company to distribute medicines including Mahawar's Ciprocin. The compound was littered with medical waste including broken bottles and tablet packs, some half burnt, a Reuters witness said.

The new patients arriving in Bilaspur hospitals over the last two days did not take part in the sterilisation camps and had consumed the drugs separately, the doctor and another official said.

"It looks like most of the sterilisation patients might be affected due to this medicine," said the doctor, saying the strips showed the medicine was made in Raipur.

One died overnight, bringing the number of deaths to 14 and drawing investigators attention away from the appalling sanitary conditions at the camp where Dr. R. K. Gupta had conducted one tubectomy every 2 minutes in a two-hour sterilisation drive.

Since then, women operated on by other doctors at different camps have also been hospitalized after consuming the same drugs. More than 100 remain in hospital, several in a critical condition.

One of five doctors who have conducted autopsies since Saturday's deaths said the post-mortems were inconclusive and recommended chemical analysis to establish the cause.

Another medicine on the state government's banned list was Ciprocin made by Regain Laboratories, halfway across the country in the state of Haryana. In Gujarat, another state, medicine quality control authorities have put Regain at the top of an offenders list for failing to meet standards.

Regain Laboratories director Mohit Bhatia did not answer repeated calls to his cell phone on Friday.

The deaths in Chhattisgarh have drawn unflattering attention to India's mass sterilisation programme, as well as weak quality control standards for drugs procured by state governments.

"States procure medicine through a tender and the manufacturers that bid the lowest quote win the order to supply, regardless of their manufacturing process or distribution systems," said Bejon Kumar Misra, head of Partnership for Safe Medicines India, a non-governmental organisation.

Sterilisation is popular because it is cheap and effective, and sidesteps cultural resistance and problems with distribution of other types of contraception in rural areas.