On a visit to Brussels, the former CIA chief took aim at European critics who accuse the US of undermining global institutions, insisting that President Donald Trump is restoring America's traditional leadership role. 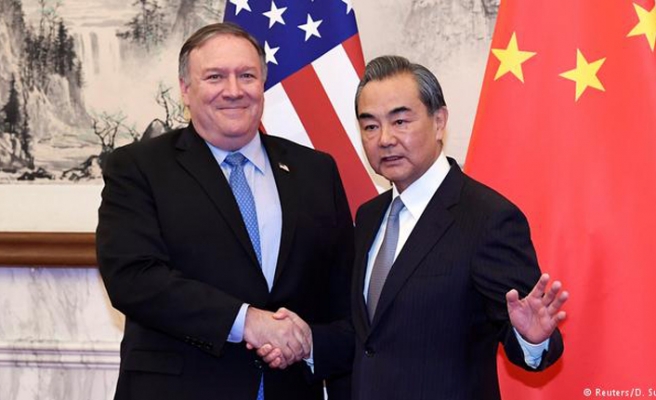 Secretary of State Mike Pompeo mounted a staunch defence of US foreign policy on Tuesday, arguing that Washington is building a world order to fight cynical abuses by Russia, China and Iran.

He urged US allies to join Trump's efforts and to assess honestly whether bodies like the World Trade Organisation, the International Criminal Court and the International Monetary Fund are serving their citizens.

"Bad actors have exploited our lack of leadership for their own gain," Pompeo told a gathering of diplomats in the European capital, ahead of talks at NATO.

"This is the poisoned fruit of American retreat. President Trump is determined to reverse that."

Pompeo's speech came as NATO foreign ministers meet to discuss the latest tensions with Moscow, after a naval clash between Russia and Ukraine and with a landmark Cold War arms control treaty hanging by a thread.

A US decision to pull out of the 1987 Intermediate Range Nuclear Forces (INF) treaty in response to Russian violations has prompted accusations that Washington is weakening a bulwark of European security.

But Pompeo said that Washington was simply taking action to either improve or terminate agreements that were outdated or did not work.

"The first two years of the Trump administration demonstrate that President Trump is not undermining these institutions nor is he abandoning American leadership. Quite the opposite," Pompeo argued.

"We are rallying the noble nations of the world to build a new liberal order that prevents war and achieves greater prosperity for all."

He accused China of cynically exploiting WTO rules to unfairly advance its own economic interests and launched a stinging attack on the ICC, which he said was "trampling" on the sovereignty of independent countries.

"Every nation must honestly acknowledge its responsibility to its citizens and ask if the current order serves the interests of its people as well as it could -- and if not, we must ask how we can right it," Pompeo said.

"This is what President Trump is doing. He is returning the United States to its traditional central leadership role in the world."