The top US diplomat met with Kim for around two hours Sunday morning in the North's capital, where denuclearisation and a second US-North Korean summit were expected to be high on the agenda, before the pair shared a lunch together. 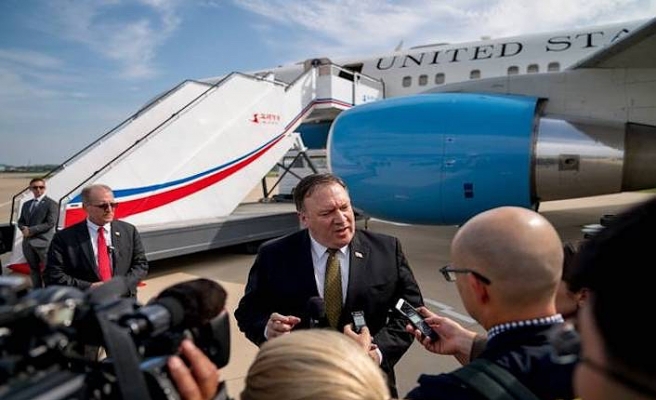 US Secretary of State Mike Pompeo hailed "productive" talks with North Korean leader Kim Jong Un in Pyongyang Sunday before landing in Seoul on a whirlwind diplomatic visit to the region.

"Had a good trip to Pyongyang to meet with Chairman Kim," Pompeo tweeted. "We continue to make progress on agreements made at Singapore Summit. Thanks for hosting me and my team."

The visit was Pompeo's fourth to North Korea. US President Donald Trump met Kim in Singapore in June for the first-ever summit between the countries, resulting in what critics say was only a vague commitment by Kim towards denuclearisation of the Korean peninsula.

Speaking to Pompeo via an interpreter following the morning's talks, Kim praised their "nice meeting".

He added: "It's a very nice day that promises a good future ... for both countries."

At a meeting later on Sunday with South Korean President Moon Jae-in, Pompeo declined to give specific details of the Pyongyang talks but said he had "a good productive conversation" with Kim.

"President Trump said there are many steps along the way and we took one of them today," Pompeo said. "It was another step forward so this is I think a good outcome for all of us.

The dovish Moon, who held three summits with Kim this year and also brokered the Trump-Kim summit in Singapore, said the "whole world" was watching with keen interest the outcomes of Pompeo's trip.

"I hope your trip to North Korea and the upcoming second US-North Korea summit will provide a good opportunity for achieving irreversible, decisive progress in terms of denuclearisation and the peace process on the Korean peninsula."