Pompeo met with the North Korean leader in Pyongyang on Sunday to rekindle stalled denuclearisation talks following a landmark summit between Kim and US President Donald Trump in Singapore. 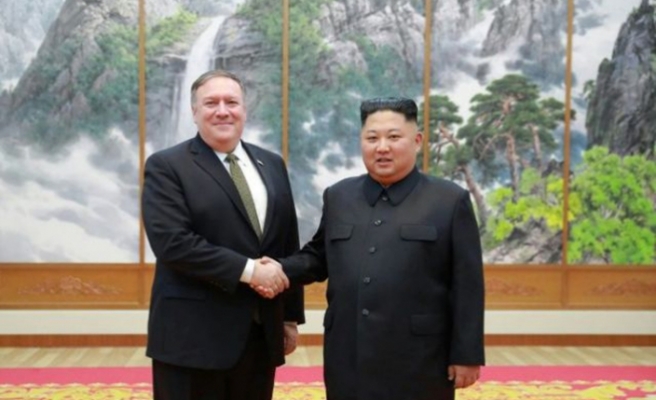 International inspectors will be allowed into North Korea's dismantled nuclear testing site, US Secretary of State Mike Pompeo said Monday, after a meeting with Kim Jong Un in which he said "significant progress" was made towards denuclearisation."Chairman Kim said he's ready to allow them to come in" and see the dismantled Punggye-ri nuclear test site, Pompeo said.

North Korea took apart the Punggye-ri facility in the country's northeast in May but has yet to allow international observers into the site to verify its claims.

The facility, buried inside a mountain near the border with China, was the staging ground for all six of the North's nuclear tests.

The inspectors will be allowed in as soon as the two sides agree on "logistics", Pompeo told reporters in Seoul before leaving for Beijing on a whirlwind diplomatic trip.

Pompeo, however, did not comment on possible corresponding measures to be taken by Washington.

Denuclearisation of North Korea is "a long process", Pompeo said, adding: "We made significant progress."

The top US diplomat also said the two countries were "pretty close" to setting a date and location for the second summit between Kim and Trump.