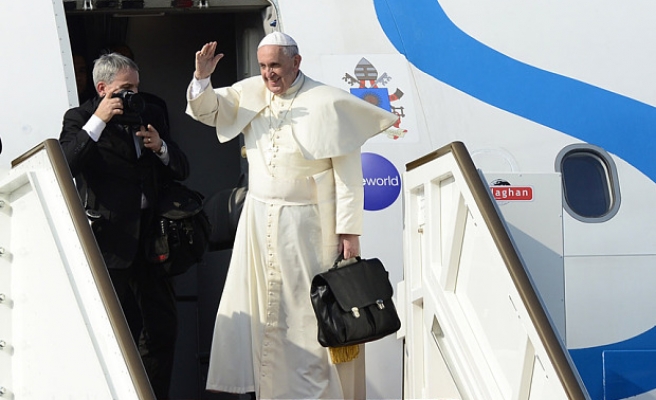 Tens of thousands of people welcomed Pope Francis as he arrived in Myanmar's former capital Yangon on Monday, on his first papal visit to the country.

He was greeted by Catholic officials upon his arrival to Yangon airport as part of his trip to Myanmar and Bangladesh, to meet the minority Catholic community of the South Asian countries.

In a mass gathering on Wednesday he will meet Catholics across the country, mainly from northern Kachin state, where fighting between government troops and an ethnic rebel group has displaced tens of thousands since mid-2011.

The Pope will also visit Rohingya refugees who fled across the border into Bangladesh to escape a brutal military crackdown in western Rakhine state.