At least 10 bodies were seen around the base, but it was not immediately possible to determine the number of fatalities 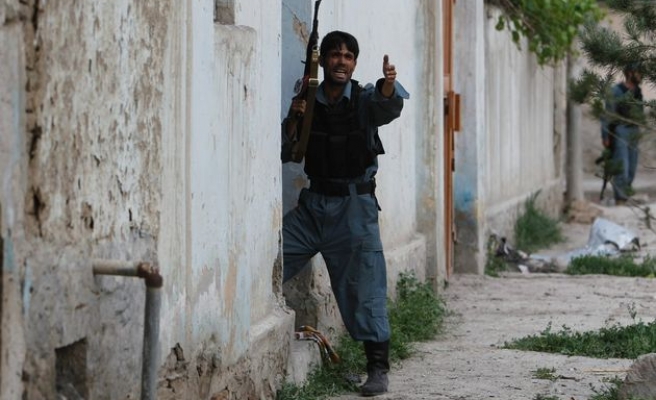 A suicide car bomb rocked a police base in central Kabul on Monday, leaving several bodies strewn around the area, officials reported.

No group immediately claimed responsibility for the attack, which comes amid the Taliban's unprecedented winter offensive despite a renewed push to restart formal peace talks.

"A suicide car bomb in the vicinity of a police base in Kabul city," interior ministry spokesman Najib Danish said.

"There are some possible casualties."

At least 10 bodies were seen around the base, but it was not immediately possible to determine the number of fatalities.

Ambulances rushed to the scene, which was cordoned off by authorities.

The attack comes just ahead of a third round of four-country "roadmap talks" trying to lay the groundwork for direct dialogue between Kabul and the armed group.

Delegates from Afghanistan, Pakistan, China and the United States are set to convene in Islamabad on February 6 in a bid to seek a negotiated end to the 14-year Taliban insurgency.

The Taliban have stepped up attacks on government and foreign targets in Afghanistan this winter, when fighting usually abates, underscoring a worsening security situation.