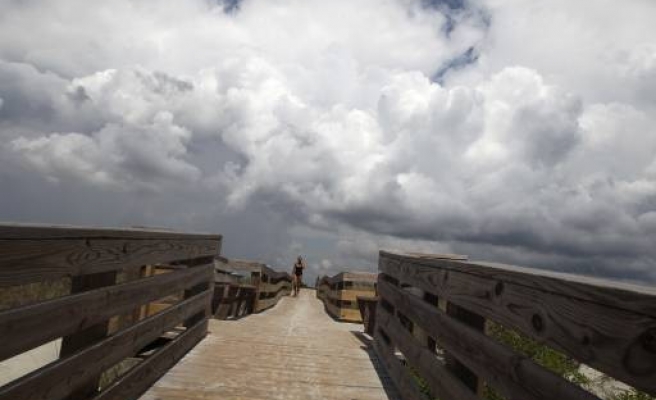 Hurricane Maria became a Category 4 storm Monday afternoon as it churned towards the Caribbean and the U.S. territory of Puerto Rico, officials said.

The National Hurricane Center said Maria will affect portions of the Leeward Islands and the U.S. and British Virgin Islands and will likely affect Puerto Rico "as an extremely dangerous major hurricane".

"The potential for a life-threatening storm surge accompanied by large and destructive waves has increased" for all three places, the center said. Flash floods and mudslides are also expected.

Maria, which packs maximum sustained winds of 130 miles per hour (209 km/h), will make landfall on the mountainous island nation of Dominica Monday night.

The hurricane appears to be barreling down a very similar path to the one by Hurricane Irma, which ravaged the Caribbean earlier this month, resulting in nearly three dozen deaths before it moved up to Florida, where it made several landfalls, bringing life to a standstill for millions of U.S. citizens.