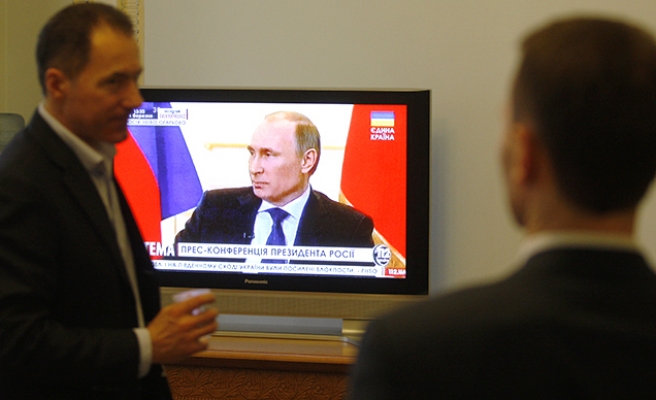 A new Crimean Tatar TV channel funded by Russian government will start broadcasting in Crimea as well as in Tukrey and Ukraine this fall, says Zaur Smirnov, the head of the State Committee for interethnic relations and deported citizens in Russia-occupied Crimea, RIA Novosti reported.

"We plan to launch a satellite television channel 'Millet' this fall. The channel will provide coverage in the places with potential viewers, these would be Turkic-speaking peoples, Crimean Tatars. We must be broadcasting in Ukraine, Central Asian countries and Turkey. There's a huge demand for objective information about Crimea," Smirnov said.

Earlier, ATR channel and radip Meydan were being broadcasted in Crimea, however they were not able to pass licensing process and re-register. Therefore, Russian authorities in Crimea decided to create a pro-Russian Crimean Tatar Public TV and Radio Company, which includes "Millet" television channel and radio "Vatan sedası" ("Voice of the motherland"). It is reported that the federal budget has already spent 177 million rubles for the creation of channels.