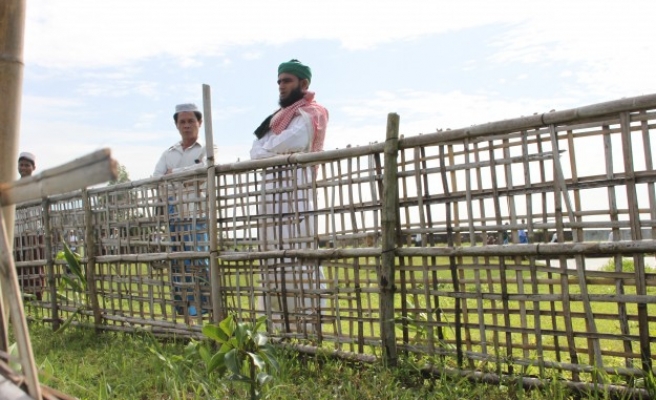 Authorities in Myanmar have released a prominent Arakan Muslim doctor (Rohingya) who was arrested after trying to calm rioters during deadly religious violence in 2012.

Dr. Tun Aung -- who was released Monday -- was detained during clashes between Rakhine Buddhists and Arakan Muslims in western Rakhine state and sentenced to 17 years in prison.

Witnesses and rights groups say the charges against him, including inciting violence, were fabricated.

Mark Farmaner of Burma Campaign U.K., one of the groups that campaigned for his release, told The Anadolu Agency on Tuesday that U.S. pressure on Myanmar’s government seemed to have played a role in his early release.

Tun Aung’s son-in-law -- who lives in the U.S. -- "was lobbying the U.S. government and his congressman, [U.S. House Representative for Illinois] Aaron Schock, and they have made a concerted effort to secure his release," Farmaner said.

Amnesty International said in late 2013 that the doctor may have been targeted by authorities in the largely Buddhist country due to his role as a prominent Islamic community leader. The group described him as a "prisoner of conscience."

Last year, Amnesty announced the doctor was due to be released some time in 2015 after President Thein Sein reduced his sentence using a presidential pardon and a presidential order.

Congressman Schock wrote on Twitter shortly after Tun Aung’s release Monday that he was "thankful our efforts paid off."

"The same kind of pressure now needs to be applied to secure the release of all political prisoners," Farmaner told the AA.

He added, "The number of political prisoners has risen from 30 to 160 in the past year, and around 200 more are awaiting trial, without even a single statement of concern from the British government or European Union, let alone any action."

Kyaw Min, a former political prisoner and the leader of the pro-Arakan Democracy and Human Rights Party, told the AA that he would visit Tun Aung in Yangon on Tuesday to lend his support.

The violence that erupted in Rakhine in 2012 has since spread across the country, killing up to 280 people and displacing over 140,000 others -- mostly Muslims.