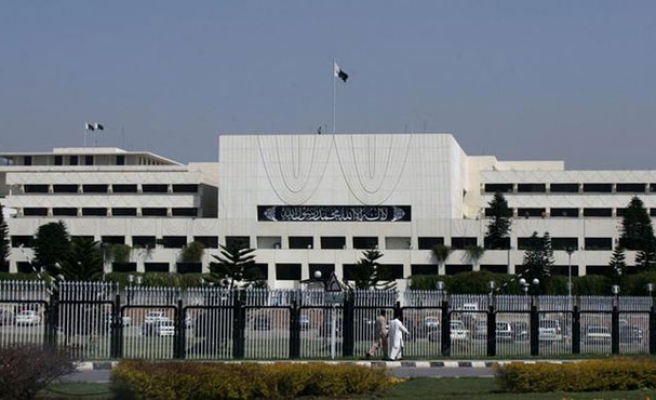 Thousands of protesters maintained their sit-in outside Pakistan's parliament for the second consecutive day on Monday as talks with the government remained in deadlock.

Protesters, who marched on parliament on Sunday from the nearby garrison city of Rawalpindi, managed to reach the building after overrunning barricades set up by police.

They had gathered in Rawalpindi to attend a memorial for a former police commando who was hanged last month for killing of Punjab province's former governor, Salman Taseer, who had criticized the country’s law against blasphemy.

Amid plumes of teargas, infuriated crowds -- estimated at between 20,000 and 30,000 -- set scores of vehicles alight and hurled stones at baton-wielding police.

Talks that began on Sunday night ground to a halt after protesters said they would only negotiate with higher government officials.

Protesters' demands include written assurances that the country's blasphemy law would not be changed and recognition of Mumtaz Qadri -- who was hanged last month -- as a "martyr", the local Dawn News channel reported.

Army troops, which were called out after police failed to disperse the protesters, have since taken up positions on several state buildings in the area, including the parliament building.

Mobile-phone service in and around the sit-in site, meanwhile, has been suspended.