CSTO states support the Russia-U.S. initiative to disarm Syria of its chemical weapons 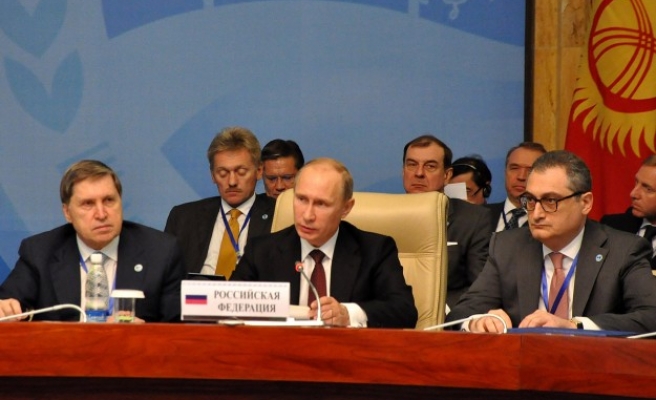 A possible intervention in Syria would be a clear violation of the international legal norms also making the region unstable, said Russian President Vladimir Putin Monday.

"Any type of intervention in Syria will be in contradiction with UN rules," he said speaking at the leaders meeting of Collective Security Treaty Organization (CSTO) held in Russian Black Sea resort city of Sochi. "Such a decision will make not only Syria but all the Middle East countries unstable."

He also underlined the support of CSTO countries for Russia's efforts over the diplomatic solutions to Syria crisis.

A joint declaration on the latest developments in Syria was approved at CSTO summit.

"CSTO states support the start of a comprehensive dialogue without precondition between the government and the opposition in Syria by protecting the right of independence," said the declaration.

The CSTO states also support the Russia-U.S. initiative to disarm Syria of its chemical weapons, according to the declaration.