Yuri Ushakov said calling the meeting was "a positive step". 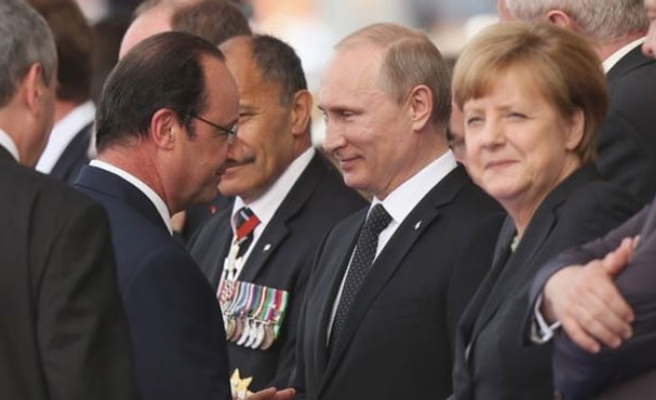 Yuri Ushakov told reporters Russia hoped Merkel and Hollande would take into account measures proposed by Putin earlier in the crisis in any plan they present at the talks in Moscow on Friday. He said the meeting was "a positive step".

"Tomorrow we are ready to talk in a constructive way, and count on achieving some agreements which would contribute to the overall stabilisation of the situation, the establishment of direct contacts between officials in Kiev and Donbass (in east Ukraine)," he said.

He added that a surge in fighting in eastern Ukraine had prompted the meeting.

Moscow regretted efforts U.S. Secretary of State John Kerry, who was visiting Kiev on Thursday, would not be visiting Moscow, Ushakov said.