Quake of 7.9 magnitude strikes off Philippines

An earthquake of 7.6 magnitude struck off the Philippines destroying roads and bridges and sending people fleeing to higher ground in fear of a tsunami. 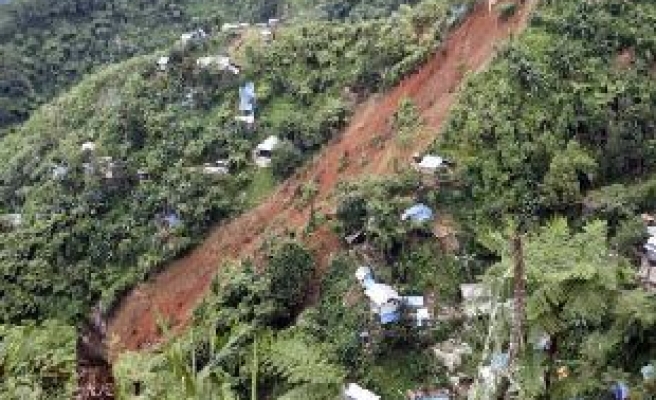 An earthquake of 7.6 magnitude struck off the Philippineson Friday destroying roads and bridges and sending people fleeing to higher ground in fear of a tsunami.

The quake was centred off the east coast, 91 miles (146 km) off the town of Guiuan in Samar province at a depth of about 20 miles (32 km), the U.S. Geological Survey said.

The Pacific Tsunami Warning Center issued a tsunami warning for much of the region, but later scaled it back leaving it in place for the Philippines and Indonesia.

A disaster agency official said residents in the area should get to higher ground immediately.

"Strong earthquake here in Taft, Eastern Samar! And it lasted very long too!" Evardone said by text message earlier. He said the quake had destroyed some roads and bridges.

A radio reporter in Leyte province, near Samar, said people had run out of their homes when the quake struck. "It felt like we were being rocked," he said.

The tsunami warning was initially issued for the Philippines, Japan, Indonesia, Taiwan, Papua New Guinea and other islands in the Pacific including the U.S. state of Hawaii.

The region has been hit by devastating quakes in the past decade. At least 230,000 people in 13 Indian Ocean countries were killed in a quake and tsunami off Indonesia in 2004.

Last year, an earthquake and tsunami off Japan's northeastern coast killed about 20,000 people and triggered the world's worst nuclear crisis in 25 years after waves battered a nuclear power station.