Dozens of armed, masked men in unmarked military clothing surrounded the headquarters of the ATR channel. 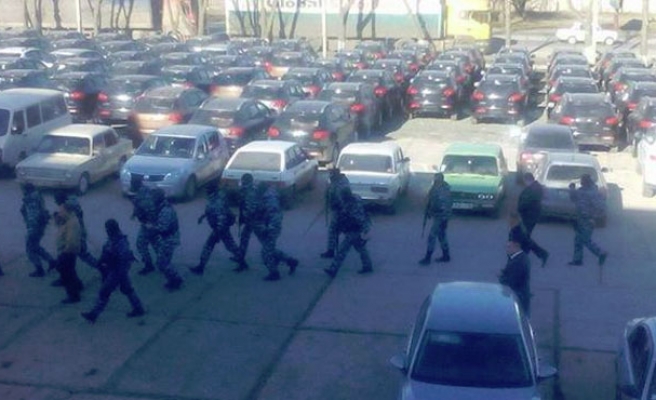 The headquarters of the only television channel broadcasting in the Crimean Tatar language on the annexed Black Sea peninsula are being searched by representatives of Russia's Federal Security Service (FSB) and Investigative Committee.

Dozens of armed, masked men in unmarked military clothing surrounded the headquarters of the ATR channel on January 26 in the latest evidence of a crackdown on Crimea's Muslim minority.

They were preventing people from entering or leaving during the search.

ATR's Deputy Director Lilya Budzhurova condemned the search in a live statement, saying that the company was ready to provide the investigators with the server later but that its confiscation now might disrupt broadcasts.

The OSCE's  representative on freedom of the media, Dunja Mijatovic, condemned the "raid" on ATR, saying: "This practice of intrusion of free and independent media cannot be tolerated in the OSCE region."