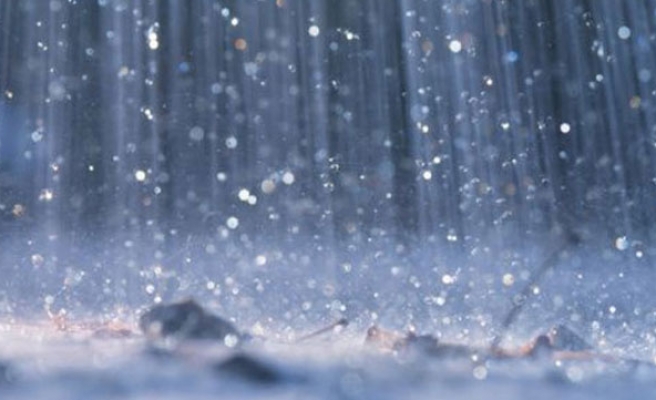 Heavy rain battered a wide swathe of Japan on Thursday, sending rivers over their banks and setting off a landslide as a weakened but still dangerous storm made landfall and headed east, leaving three people dead.

Neoguri, which first threatened Japan as a super typhoon this week, had weakened to a tropical storm by the time it ploughed ashore on the westernmost main island of Kyushu. But it was still packing wind gusts of up to 126 kph (78 mph).

Heavy rains prompted the cancellation of hundreds of flights and trains and closed schools. The storm also fed into a stalled seasonal rain front, threatening flooding in distant regions.

A landslide sent mud and rock tumbling down a mountainside in the town of Nagiso in central Japan late on Wednesday, killing a 12-year-old boy and bringing to three the death toll from the storm.

"At first I thought it was an earthquake, then the house started filling with mud," one Nagiso resident told NHK national television. "I clung to a pillar with all my strength."

Some 50 people have been injured, many from falls.

There are two nuclear plants on Kyushu and one on Shikoku, which is also being hit by torrential rains, but there were no reports of anything unusual.

All of Japan's 48 nuclear reactors are shut down three years after the disaster at the Fukushima Daiichi nuclear plant, which was wrecked by an earthquake and tsunami in March 2011. The stricken plant is on the other side of the country.

"The chance of violent winds has pretty much vanished, but rain is still a concern in many places," an official from the Japan Meterological Agency official said.

"There are some places that may get as much as a month's worth of rain over the next 24 hours."

Nansei Sekiyu KK, a Japanese refiner wholly owned by Brazil's Petrobras, suspended operations at its 100,000 barrels-per-day Nishihara refinery in Okinawa on Monday evening and still had not resumed them on Thursday.

Two to four typhoons make landfall in Japan each year but a storm of this strength is unusual in July.